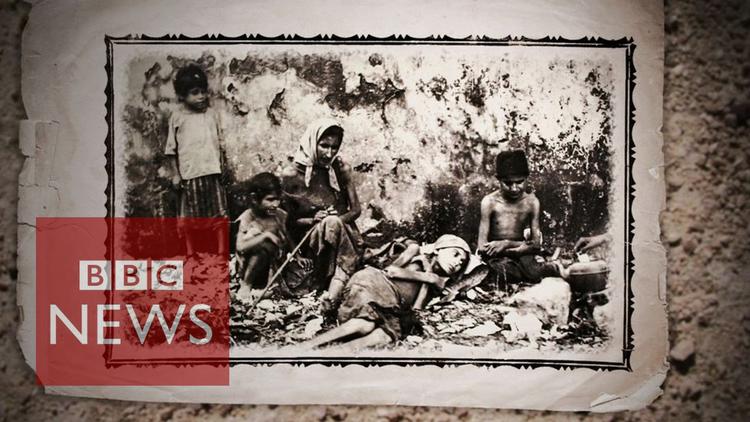 “Unknown to many, a third of the Lebanese population [then West Syria] died of famine and disease during World War One. BBC Arabic’s Carine Torbey recounts the horrifying story of the Famine of Mount Lebanon.”

The famine of Mount Lebanon during WW1 – BBC News

Note: Contrary to what Ms. Torbey alleges, the Ottomans entered WW I for defensive purposes, being afraid of Russian expansionism, not for aggressive ones. -JRC