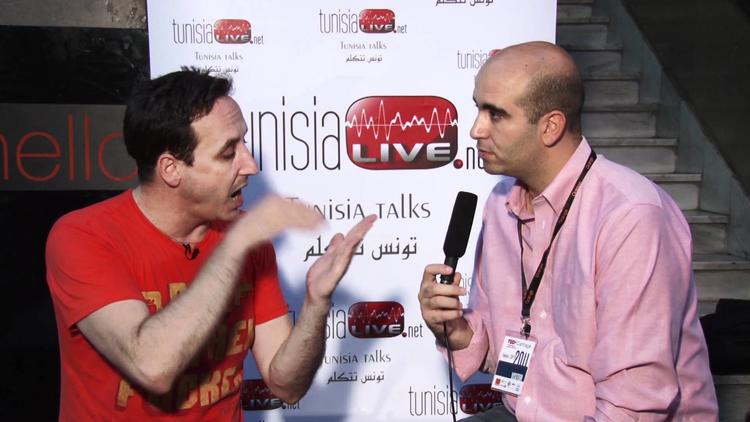 Because the brutal behavior exhibited by members of IS have drearily captivated audiences around the world, Muslims in the West fear that their faith will be increasingly stereotyped and essentialized as one that is inherently violent and intolerant. Of course, the fallout may further feed Islamophobic sentiments that have only increased after 9/11 according to the latest U.S. polling which shows a sharp decrease in favorable opinions of Islam/Muslims [1].

However, despite the actions of the sectarian dogmatists of IS in Iraq, Syria, and Lebanon, who use powerful Islamic lexicons and symbols in an attempt to rally popular support to achieve political aims, Muslims and other religious groups have co-existed and still do in several parts of the Muslim world. And for the same people who view Islam with disdain and are likely to claim, that since the advent of Islam in the first quarter of the seventh century CE, Muslim societies have been consistently and collectively intolerant towards non-Muslim populations, the archaeological and documentary record paints a starkly different, albeit far more complex, picture.

For example, it has been recorded in Muslim historical writings that Islam’s founder, Muhammad, (who had married both a Coptic Christian and a Jewish woman at different points in his life), himself, signed a treaty with the Bishop of Aylah (modern-day Aqaba) in 630 ensuring peace and the protection of its citizens after the town was captured from Byzantium whose leaders were often brutal and oppressive to ‘unconventional’ forms of Christianity. Similarly, the early Muslim caliph, Umar ibn al-Khattab, after capturing a neglected Jerusalem from Heraclius in 638 crafted a similar peace agreement with its Christian and Jewish populations, which allowed them to maintain their religion, property, land, and belongings and to continue to live in the holy city. The first hereditary Arab-Muslim dynasty known as the Umayyads, in fact, actively discouraged conversion to Islam, ruled over Christian, Jewish, and Zoroastrian communities who were also allowed to retain their religion, to use their own religious legal systems, and both church and synagogue-building continued in the Muslim Middle East centuries after Islam was established as the dominant faith. Muawiya ibn Abi Sufyan, the dynasty’s founder, upon assuming the caliphate in Jerusalem in 661 prayed in some of Christianities holiest sites including the Tomb of Mary and the Garden of Gethsemane. Coins that were struck during his reign even contain crosses and even some public inscriptions that were erected under his rule clearly contained Christian iconography and were sometimes written completely in Greek, not Arabic. Later coins struck by his successors even contained distinctly Jewish symbols such as the Menorah candlestick and other iconography that were borrowed from earlier Jewish coins and integrated into Muslim currency. This may be come as a shock but throughout the first century of Muslim rule, around 90% of the population of the ‘Muslim world’ was actually non-Muslim. Today, Christians make up more than 5% of Jordan, 10% of Egypt, and 30% of Lebanon’s total populations.

In fact, archaeologists have recently argued that life for much of the early Muslim world did not dramatically change under Islamic leaders and the fact that indigenous cultures, communities, and native languages persisted in the Middle East long after Islam’s advent is still a testament to this incredible ethnic, cultural, religious, and linguistic diversity. Aramaic, the language closely associated with Jesus of Nazareth is, to this day, still spoken in the Syrian towns of Ma’lula, Al-Sarkha, and Jubb’adin by both Arab Muslims and Arab Christians and in the case of Ma’lula, Aramaic is actually preferred over Arabic and best preserved by its Muslim population according to one of the town’s own Christian bishops. Under Islamic rulers, Christianity still continued to flourish in some places and religious scholars partook in advancing Christian thought in important learning centers like Baghdad-known then as the ‘City of Peace’ (Medinat Al-Salam). The Jewish ‘Golden Age’ in the Muslim-ruled Iberian Peninsula (Spain and Portugal) between the eighth and eleventh centuries saw a major Jewish cultural flowering, too, that produced well-known poets, rabbis, astronomers, diplomats, and philosophers like Maimonides, Isaac Ibn Albalia, and Solomon Ibn Gabirol.

The popular belief, ascribed to by so many, that Muslims, Christians and Jews have, since ‘time immemorial’ been engaged in a historic and relentless clash of culture is neither historically accurate nor contemporaneously valid if we are to look at broader currents and trends within a long continuum of co-existence. In many Arab, Muslim-majority countries that have Christian populations, it is not uncommon for the people of mixed towns, villages, and cities to interact with each other on multiple social levels and to this very day, some still participate in each other’s holy festivities. In fact, my own parents recount the days when their Christian neighbors would fast with them during the Muslim holy month of Ramadan while the Muslims would gift their Christian neighbors during their holiest day of Christmas. They would share meals together on both occasions. In the 1950’s, it was completely commonplace to find depictions and paintings of the Virgin Mary in the majority of homes in my father’s village according to him and other relatives of mine, while Christian-Muslim tribal alliances were and still are commonplace in the city my mother was raised in. In places like Jordan and in the Palestinian West Bank, home to pre-dominantly Muslim populations, the Catholic Pope’s visits (particularly Pope John Paul II and the more recent Pope Francis) have often been met with exuberance and joy by large crowds of both Muslims and Christians. In the past, and even today, Muslim, Christians, Jews, atheists, agnostics, liberals, conservatives and others have stood together against tyranny and brutal dictatorial leaders and their deplorable, oppressive policies in much of the Arab World as community with shared interests and with a shared historical memory.

At the end of the day, Muslims, Christians, Jews and a host of other religious communities and traditions helped forge some of the world’s great civilizations together which were, by and large, the products of multi-cultural and pluralistic societies. Cairo, Cordoba, Baghdad, Damascus, Aleppo, Jerusalem, and other large centers of learning were not confined to just Muslims, but their Abrahamic counterparts immensely contributed to their own communities’ cultural development there as well as the larger, broader civilizational frameworks in which they existed.

I am not trying to idealize a complicated social history of the Middle East, but without a doubt, using the intolerance, brutality, and violence espoused and perpetrated by a group that calls itself ‘the Islamic State’ (or IS, ISIS, or ISIL) as representative of all Muslim societies or of Islam, as a rich, multi-faceted series of ideological constructs perceived and practiced differently by 1.57 billion Muslims around the globe, would be negligent, essentialist and even dangerous.

Tareq Ramadan is a PhD Candidate in the U.S. specializing in Arab and Islamic Studies and teaches courses on contemporary Arab society and Middle East political history.