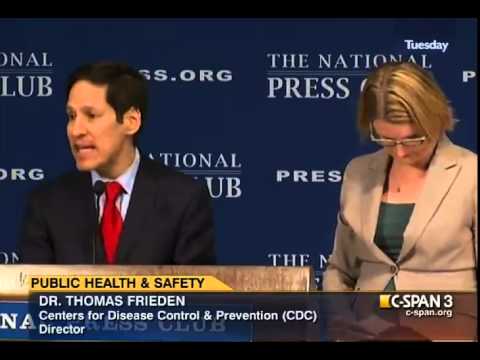 “WASHINGTON — The lead agency tasked with responding to the threat of Ebola both within the United States and abroad has seen its budget drop dramatically in the past four years.

In breaking the news on Tuesday that the first Ebola patient had been diagnosed in the U.S., the Centers for Disease Control and Prevention assured Americans that it had adequate resources to combat the virus. The public health care system in America is dramatically more advanced than those in West Africa, currently the site of the largest Ebola outbreak in history. And as far as pathogens go, Ebola’s ability to spread is limited. It can only be transferred through the exchange of bodily fluids.

But CDC officials and lawmakers who support the agency warn that years of austerity has hobbled both the CDC and the National Institutes of Health, both in terms of their ability to combat future outbreaks and their ability to prevent them from happening in the first place.

According to numbers provided by a Senate Budget Committee staffer, the CDC has actually recovered nicely from the sequestration cuts that went into effect a year ago. The agency has been allocated $5.882 billion in fiscal year 2014, compared to the $5.432 billion it received after the cuts took place.

But if you move back the timeline a bit, you see that investment in the CDC has still fallen dramatically. The agency’s current budget, in fact, is nearly $600 million lower than it was in 2010.

While some of the funding was restored after the budget agreement between the House and Senate in early 2014, “there is still a gap between FY14 and FY10,” the Senate aide noted.

Biomedical research advocates are hoping that news of a patient in Dallas being diagnosed with the Ebola virus will draw more attention to that budget shortfall. Within hours of the CDC making the announcement on Tuesday, lawmakers were issuing clarion call warnings.

“A strong response to the Ebola outbreak starts with a strong investment in the CDC and other public health agencies working on the frontlines of this epidemic,” said Sen. Tom Harkin (D-Iowa), the chairman of the Senate Committee on Health, Education, Labor and Pensions.

“It’s critical to stop the dis-investment in the development of vaccines and treatments, by restoring funds lost to austerity cuts and inflation at NIH and BARDA [Biomedical Advanced Research and Development Authority],” Harkin said.”