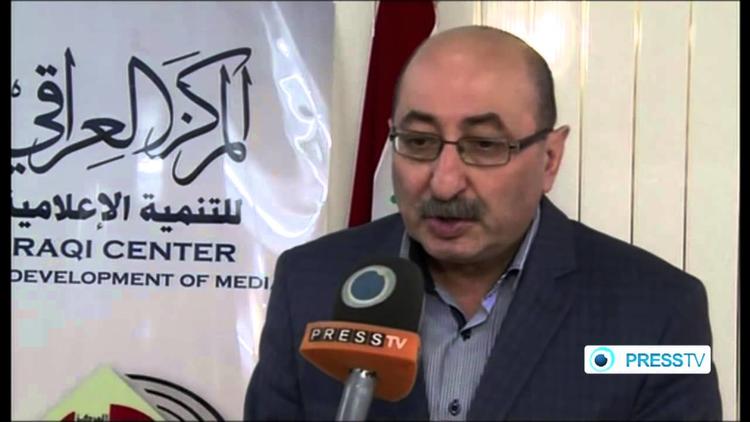 Apparent good news was announced on Sunday in the fight against the extremist ISIL organization: The Iraqi army, backed by fundamentalist Shiite militias, managed to take the village of Jurf al-Sakhr, southwest of Baghdad, from ISIL fighters. This town has a population of about 80,000, consisting mostly of Sunnis from the Janabi and Dulaim clans. Some 100 ISIL fighters are said to have surrendered. 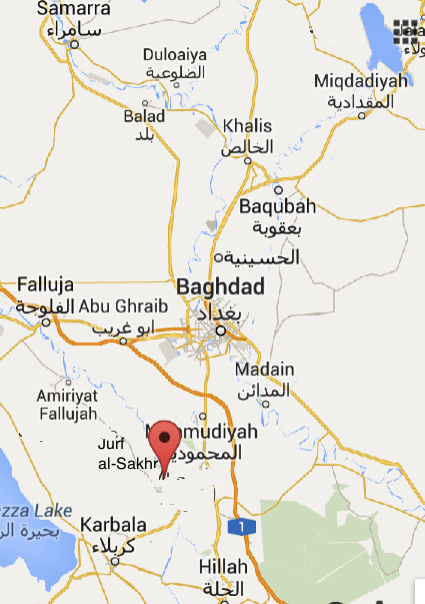 This victory was strategic because from Jurf al-Sakhr, ISIL could have hoped to launch terror attacks in Shiite south Iraq, at Hilla and the holy shrine cities of Najaf and Karbala. ISIL apparently has no other major toehold so far south of the capital. Iraqi military commanders hope to be able to clear ISIL out of Babil province, which is mostly Shiite but has Sunnis in the northwest, some of them planted there by Saddam Hussein in an attempt to shore up Sunni dominance of Baghdad (an effort that was altogether thwarted by the US-Shiite victory of 2003 and after).

Moreover, the Iraqi army and the Shiite militias hope now to turn the tables and to use Jurf al-Sakhr to launch an attack on Amiriyat al-Fallujah to the northwest, beginning the process– they hope– of pushing ISIL back out of al-Anbar Province in western Iraq, a largely Sunni Arab region.

The celebration was short-lived. On Monday, an ISIL suicide bomber was able to deploy a captured US humvee packed with explosives to kill 27 Shiite militiamen and to wound 60. Another ISIL operation was to shell Jurf al-Sakhr with mortar fire from its outskirts, wounding dozens and killing some.

The Shiite militias are the Mahdi Army, now renamed the Peace Brigades; the Badr Corps of the Islamic Supreme Council of Iraq (which is close to Iran); and Asa’ib Ahl al-Haqq or Bands of the People of Truth– extremists who fought and kidnapped US troops in the previous decade. They are in force in Jurf al-Sakhr because they gave tremendous support to the regular Iraqi Army in its push on the town. Many of the militiamen now dress in Iraqi army military uniforms. To the 80,000 Sunni Muslims of Jurf al-Sakhr, this motley crew would have seemed absolutely terrifying, less liberators than occupiers. It is not impossible that they sneaked intelligence out of the town to ISIL remnants in the neighborhood that aided in the counter-strike.

Al-Sharq al-Awsat reports that Youtube video allegedly from the Shiite militias in Jurf al-Sakhr shows them furious about the car bombing and shelling, and threatening their ISIL prisoners of war, some of them Chechens. One Shiite militiaman is quoted as saying that the terrorists had given up all the information they had of use (presumably under torture) and were now useless — implying that they should be killed.

Apparently about 50 ISIL fighters’ bodies are lying on the ground in Jurf al-Sakhr unburied, on the grounds that ISIL did not bury its own victims and deserved to be treated worst than dogs themselves.

This, folks, is what the counter-offensive in Iraq against ISIL is going to look like. The Iraqi army is largely Shiite and it isn’t very good. It needs the help of the extremist Shiite militias to make any progress, as at Jurf al-Sakhr. If the Shiites can hold the latter against the will of the local people (who admittedly likely don’t like ISIL either), and can advance into al-Anbar Province, it is going to look like a Shiite conquest of Sunnis aided by US close air support.

A big problem is that news of these American-Shiite advances against Sunnis in Iraq is going to get to Syria, which is majority Sunni Arab, and it isn’t going to incline the Sunni Arabs of Syria to ally with the US against ISIL. Every victory in Iraq will be a propaganda defeat in Syria, which is why it is crazy to try to fight a two-front air war against a guerrilla group with a strong ethnic-sectarian identity and base.

The Obama administration hopes to avoid this scenario by raising provincial national guards in the Sunni Arab provinces who will fight ISIL. On Monday, Shiite prime minister of Iraq Haydar al-Abadi warned Sunnis against joining the army or national guard in search of a career. That doesn’t sound like a promising start to me. Al-Abadi met with some Iraqi Sunni tribal leaders in Amman on the margins of his state visit to Jordan, urging them to help defeat ISIL. They demanded that he stop pursuing prominent Sunnis with criminal charges, stop exiling them, and allow them to return to Iraq and be rehabilitated. That also does not sound to me like a promising beginning.