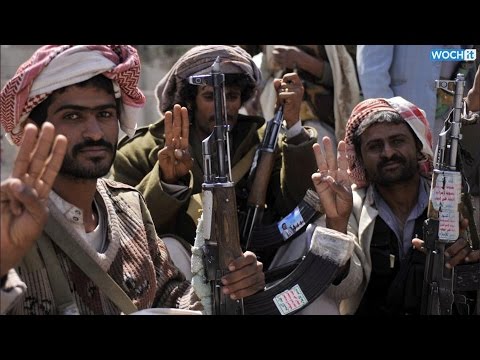 The fall of the Yemeni government to radical Zaidi tribesmen from Saadah in the north has gone relatively unremarked in the US mass media.

Yemen is admittedly a relatively small country of 24 million, a little less populous than Texas. It is the second poorest in the Arab League after Somalia. It is nevertheless a country with enormous global strategic importance:

It commands the Bab al-Mandab, the opening to the Red Sea and the Suez Canal from the Arabian Sea (and beyond it the Indian Ocean). Some 8-10 percent of world trade goes through the Red Sea and the Suez Canal. Some 2.5 percent of world petroleum flows are among that total. (Petroleum markets are tight, so the loss of 2.5 percent would put prices way up, and even having to ship it around Africa would increase costs substantially. Liquefied Natural Gas is also shipped in large quantities through the Bab al-Mandab straits, with Qatari exports providing half of Britain’s natural gas and 90 percent of Belgium’s.

Yemen is also important to the Arabian Sea, with its substantial ship traffic.

It neighbors Oman and Saudi Arabia, crucial hydrocarbon players. A mass exodus of panicked Yemenis could affect the security of these countries. So too could a radicalization of Yemenis.

So because of where it is, Yemen has for centuries been a strategic country. The Portuguese eyed it in the 1500s, but the Ottomans forestalled them. In the 19th century, the British took Aden and made it a Crown port, using it as a refueling station for ships going back and forth from India to Egypt (after the Suez Canal opened in 1869 Aden became even more important.)

North Yemen was dominated by the Zaidi branch of Shiite Islam, which unlike the Twelver Shiism of Iraq and Iran, has no ayatollahs or religious hierarchy, and generally gets along with Sunnis, not cursing their orthodox Caliphs or feeling antipathy to them. In the 1960s, a nationalist revolt broke out against the Zaidi leader or Imam who acted as its king and spiritual guide (at least for Zaidis). The nationalist officers overthrew him, with the support of Egypt’s Gamal Abdel Nasser, a theorist of Arab nationalism. South Yemen went Communist in 1967 but the north was Arab nationalist and mildly socialist.

With the fall of the East Bloc in 1989, South Yemen and North Yemen unified in 1990. It has been an uneasy union, and substantial southern sentiment for secession still exists (efforts in that direction in 1994 were crushed by the Yemeni army).

Although many of the nationalist officers in the capital of Sanaa were of Zaidi Shiite extraction, including dictator Ali Abdullah Saleh, they were leftist nationalists and distrusted the rural Zaidis. In the 1990s, Saudi Arabia began trying to spread Wahhabism and Salafism in the Zaidi Shiite north, paying for pricey mosques and community centers. Saleh’s secular nationalists allowed this move, since they thought quietist Salafi Sunnis would be more loyal to the central government than Zaidis, with their traditions of rule via the theocratic Imamate. You had a sort of secular-nationalist alliance with Saudi fundamentalism against rural Zaidism. In the 1990s when Saleh allowed parliamentary elections, the Sunni fundamentalist Islah Party emerged as the most important civil party, again demoting the rural Zaidis.

Husain al-Houthi reacted against this conservative Sunni proselytizing in Zaidi Saadah and other northern population centers. He wrote refutations of Wahhabism (the Saudi religious establishment) and Salafism (Sunnism tinged with Wahhabi emphases). He organized Zaidis. He also began adopting into his Zaidi beliefs and rituals a few ideas and practices more commonly associated with Iran than with Yemen. This adoption of stronger Shiite principles underlined the difference of Zaidis from Sunnis (otherwise the two had often been very close in Yemen and there were even Salafi Zaidis, kind of the way there are some evangelical Catholics in the US). But there is no strong evidence of Iranian involvement with the Houthis or that their successes can be laid at the feet of Iran. And, even Houthi Zaidis are not very much like the Iranian, Twelver Shiites, with their ayatollahs and folk cursing of the Sunni Caliphs.

Ultimately the Houthis went into rebellion against Sanaa, accusing the government of betraying them by allying with Wahhabi Saudi Arabia and of neglecting the development of their regions because of antipathy to Zaidi traditionalists. They denounced the United States as a grasping imperial power. They not only fought central government troops (many of them Zaidis), but also fought Salafis that had declared allegiance to al-Qaeda. Ultimately the Houthis and tribal partisans of the Sunni fundamentalist Islah Party were to fight violently. In mid-September, the Zaidis defeated Islah in Sanaa and environs.

After the 2011-2012 revolution, when Ali Abdullah Saleh was forced to step down, his vice president, Abed Rabbo Mansour Hadi, became president in a referendum. He, however, faced opposition from the officer corps, where Saleh’s relatives had high positions, and the bureaucracy. Saleh remained the head of the ruling party, to which Mansour Hadi belonged, which was, well, awkward, and gave Saleh the opportunity to intervene in politics. But Mansour Hadi gradually moved against loyalist officers. In June, he accused Saleh of plotting a coup and much weakened him and his military clients.

When the Houthis unexpectedly flooded into Sanaa and took it over in September, the military appears to have stood down and thrown Mansour Hadi to them. It is murky, but perhaps Saleh loyalists or officers hurt by Mansour Hadi’s policies were so resentful they decided to punish him by making themselves scarce at a crucial moment.

The Houthis just rejected Mansour Hadi’s pick for a new prime minister and seem to be taking over policing in the capital. They are also apparently dictating fiscal policy to the Ministry of Finance.

It is hard to imagine that the largely Sunni south will accept a government dominated by hard line Houthi Zaidis. These developments could cause another north-south split in Yemen. The central government troops had pushed back against al-Qaeda affiliates taking over Zinjibar and other town in the southern Abyan province, but now the central government seems in disarray. Will al-Qaeda in the Arabian Peninsula take advantage of the chaos, a la ISIL, to make a play for territory again?

And, if Yemen falls into political chaos and balkanization, what will happen to security in the Bab al-Mandab and the Red Sea?

Will the turmoil hurt the world economy? Will it scuttle Egypt’s plans to expand the Suez Canal and cut transit times from 11 hours to 3 hours? (Egypt hopes to charge much more per container if there are new ports, facilities and faster transit; it now makes $5 bn a year from Suez tolls, but could much expand that figure; and it desperately needs new income streams). Could Egypt be drawn back into Yemen to protect its Suez investment, a la the 1960s?

When I was living in Asmara, now in Eritrea, in 1967-68 I remember people coming over fleeing chaos in Yemen. Are we back to 1967?

Stay tuned. But, apparently, not to American network and cable television news. Only Aljazeera America even seems to be covering the story in a systematic way in the US. The rest don’t appear to know about the Bab al-Mandab or the Suez Canal