by JOSEPH RICHARD PREVILLE and JULIE POUCHER HARBIN for ISLAMiCommentary

The life of Prophet Muhammad has inspired the development of a vast body of literature over the centuries. Kecia Ali takes a look at this diverse literature in her new book, The Lives of Muhammad (Harvard University Press, 2014). She points out that “among Muslims and among non-Muslims, various approaches to the Prophet’s life story coexist.” This is the heart of her fascinating study. “In the twenty-first century,” she argues, “it makes no sense to speak of Muslim views of Muhammad in opposition to Western or Christian views. Instead, the images of Muhammad that contemporary Muslims hold fervently and defend passionately arose in tandem and in tension with western European and North American intellectuals’ accounts of his life.”

For an excerpt from The Lives of Muhammad, focusing on The Prophet’s wife Aisha, see here.

Ali is an Associate Professor of Religion at Boston University who writes on early Islamic law, women, ethics, and biography. In addition to her newest book The Lives of Muhammad (2014), other books include Sexual Ethics and Islam (2006), Marriage and Slavery in Early Islam (2010), and Imam Shafi’i: Scholar and Saint (2011). From time to time she blogs at feminismandreligion.com, cognoscenti.wbur.org, and huffingtonpost.com.

Here’s an exclusive Q & A with Ali:

What inspired your interest in how Muhammad has been portrayed over the centuries?

My first two books (linked above) focused on Islamic law, with a lot of attention to marriage. In doing that research, I came across quite divergent portraits of Muhammad as a husband in early texts compared to modern ones, which started me thinking. Then I wrote a biography of the ninth-century jurist Imam Shafi‘i, which got me interested in biography as a genre: what does it mean to tell the story of someone’s life? It was a natural progression to start looking at biographies of the Prophet. Once I started, I was fascinated with how authors rejected, recycled, and reworked earlier material. A twentieth century Indian author references—without apparent irony—a seventeenth-century English polemicist. An Egyptian author plagiarizes a French biographer, while simultaneously lambasting Orientalists. The way that Muslim and non-Muslim writings about Muhammad have become inextricably intertwined says a great deal about a shared turn to ideals of objectivity, historicity, and fact.

Do you think Muhammad has received more or less scrutiny than other religious leaders, such as Buddha or Jesus?

Both Muhammad and Jesus have engendered countless attempts, by believers and non-believers, to grapple with their lives, their examples, and their natures. (There has been less Buddhist interest in the facts of the Buddha’s life, however important his example has been.) Muhammad’s life has undoubtedly been the focus of more hostile attention, since Christian authors for centuries focused on him as exemplar and cause of Muslim depravity, though until fairly recently these criticisms were not overly concerned with factual accuracy. On the other hand, Muslim criticisms of Christians and Christianity exempt Jesus, considered a prophet, from attack. What struck me most in doing this research was the post-Enlightenment trend to compare all “founders” of religion as instances of a larger phenomenon and, more recently, to focus on the creative spiritual lives of Muhammad, Jesus, and the Buddha.

How will your book help readers to appreciate the enormous diversity of Muslim accounts of Muhammad’s life?

Muslim authors in every genre have written about Muhammad. Qur’anic commentators and jurists use examples from his life to explain otherwise obscure scriptural passages or argue in favor of particular rules. Ethicists give advice based on his conduct and precepts. Mystics derive elaborate symbolism from his Night Journey and Ascension. These ways of talking and thinking about Muhammad continue to resonate, and of course veneration of Muhammad remains central to many Muslims’ piety. Yet on the whole, even as they differ in their approaches and emphases, most modern biographers downplay spiritual and miraculous elements of Muhammad’s life in favor of arguments about the benefits to humanity of Muhammad’s mission. Instead of Muhammad, beloved of God, we have Muhammad the consummate leader, Muhammad the ideal husband, or Muhammad the social reformer. In some cases it is impossible to discern from the contents or tone whether a biography is written by a Muslim or a non-Muslim, since the criteria for evaluating what makes a life matter are largely shared.

Could you give some examples of medieval polemics against Muhammad and Islam?

Medieval authors were unhampered by the idea that they had to be fair or objective, or that they had to base accusations on trustworthy documentation. Christian, Jewish, and Muslim writers alike used bodily processes—digestion, elimination, sex, death—to evoke disgust. Thus, in polemical texts Muhammad died of drink, or poison, or even (mixing sex and death) was murdered by a husband he cuckolded, after which his putrefying corpse was devoured by unclean animals. Another theme was the falsity of his revelation: he faked his miracles, or was possessed by demons, or suffered from epilepsy. In some versions, which gained prominence with the early modern emphasis on Muhammad’s deliberate imposture, he invented the story of revelation to explain his epileptic seizures so that the wealthy widow Khadija would marry him anyway.

Do today’s critics of Islam echo the same themes from the medieval past?

Sex and violence are perennial themes for hostile biographers of Muhammad. Critics have insisted that Muhammad used violence too easily, and that Islam spread by the sword – which we know to be seldom the case. Many of these accusations emerged from the need to explain the “enemy’s” worldly success: If God is on your side, why have you lost territory? As for sex, accusing one’s enemies of sexual misconduct is a time-honored tradition. What’s striking is not that this continues to be a theme but rather how the accusations have changed. For medieval and early modern critics, it was Muhammad’s general debauchery and lustfulness that were problematic. For nineteenth century Christian authors, it was his polygamy and oppressiveness to women. In the late twentieth century, Aisha’s age became the focus of criticism. In other words, the fears authors project onto Others have changed radically over time.

How does your book challenge “a timeless clash between Islam and the West”?

There is nothing timeless about the content of accusations directed at Muhammad. What is positive about him in the eyes of his adherents has also changed: rather than his closeness to the Divine, it is the success of his worldly mission that is lauded. And there is not now, nor has there ever been, a neat civilizational divide between a unified Christianity on one side and Islam on the other. To take just one example of intra-Christian division, Protestant polemics often linked Muhammad and the Pope, using the connection to Islam to denigrate Catholics. (ex. Jonas Otterbeck, “The Depiction of Islam in Sweden: An Historical Overview.”) Or, a slightly different point: non-Muslim doesn’t necessarily mean Western. In the complex religious scene of nineteenth century India, emerging Hindu religious identity was a key context for the formation of Indian Muslim ideas about Muhammad.

Could you recommend a few biographies of Muhammad by contemporary authors?

I like Eliot Weinberger’s spare Muhammad (2006), which reports the miraculous in a matter-of-fact tone. Lesley Hazelton’s The First Muslim (2014) is a readable, politically-oriented account. Tariq Ramadan’s In the Footsteps of the Prophet (2009) is devotional and thematic. Though the English translation is out of print and hard to find, The Wives of Muhammad by early twentieth-century Egyptian scholar Aisha ‘Abd al-Rahman is a useful counterpoint to Muhammad Husayn Haykal’s more widely read biography The Life of Muhammad (2005). Omid Safi’s Memories of Muhammad (2010), Tarif Khalidi’s Images of Muhammad (2009), and Marion Holmes Katz’s The Birth of the Prophet Muhammad (2007) combine biographical narrative with exploration of Muslim thinking about Muhammad across time and place. Michael Cook’s Muhammad (1983) gives a flavor of the trouble one will have in trying to write a life of Muhammad. Finally, though it’s not a biography, Jonathan Brockopp’s edited Cambridge Companion to Muhammad (2010) is scholarly but accessible, and a good place to start for those interested in the full range of approaches to Muhammad’s life.

This article was made possible (in part) by the Transcultural Islam Project, an initiative launched in 2011 by the Duke Islamic Studies Center — in partnership with the Carolina Center for the Study of the Middle East and Muslim Civilizations and the Oxford Centre for Islamic Studies — aimed at deepening understanding of Islam and Muslim communities. See www.islamicommentary.org/about and www.tirnscholars.org/about for more information. The Transcultural Islam Project is funded by a grant from the Carnegie Corporation of New York. The statements made and views expressed are solely the responsibility of the author(s). 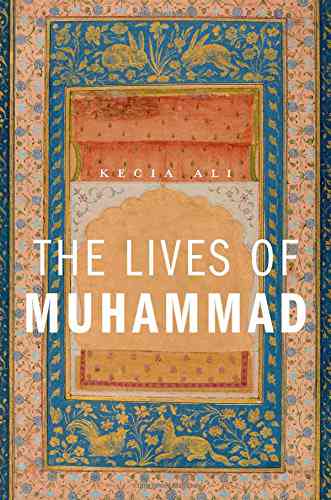