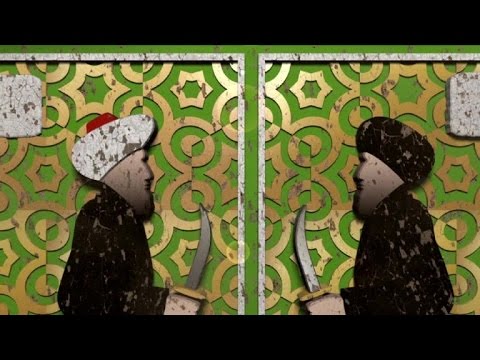 By Tareq A. Ramadan

As we enter the Islamic New Year (1436 AH) and therefore the month of Muharram (one of Islam’s sacred months), many Muslims see an increasingly fractured and segmented Muslim world that is rife with sectarianism resulting from, and exacerbated by, the political and military conflicts that have recently engulfed parts of the Middle East. Some view the social upheavals witnessed in Bahrain, Syria, Yemen, Lebanon, and Iraq as the direct result of sectarian politics that often favored members of one sect over another and which culminated in prolonged social unrest, civil war, or full-blown military conflicts between the state and some anti-regime factions. However, it would be irresponsible, simplistic and reductionist to characterize the conflicts in those places as solely the result of long, festering religious incompatibilities between various Muslim groups. To paint members of either sect as monolithic in their worldviews or political preferences would also be an unsophisticated, unwarranted endeavor.

Despite a far more complicated and intricate reality on the ground, many have internalized the narrative that Sunni-Shi’a hatred is what drives the current violence in some of the aforementioned countries. For some, including many Muslims living abroad, the portrayal of such conflicts helped to sometimes mold or even sharpen existing religious identities, while for others it prompted a re-assessment of what it means to be Sunni or Shi’i today, or, at least in the most general sense, what the lexical differences imply at the most minimal level.

While between 85-90% of the world’s 1.57 billion Muslims adhere to various strands of Sunni Islam, the remaining 10-15% are mainly followers of one of the branches of Shi’a Islam- the Twelver branch being the largest (the Zaydi branch being the oldest). Although ideological differences obviously exist between Islam’s two main sects, the sharpest contrast between Sunni and Shi’a Islam is predicated upon differing historical narratives over who and what constituted/constitutes political and religious authority in the Muslim world.

Origins of the Sunni-Shi’a Divide

The earliest Shi’as from the seventh century known as Shia’tu Ali (i.e. the supporters of Ali), represented a political movement that supported their candidate, Ali Ibn Abu Talib, for the position of caliph (religio-political leader of the Muslim community) after Muhammad died in 632 CE on the grounds that he held the strongest credentials for succeeding Muhammad as head of a newly-constructed state in Arabia. Apart from being Muhammad’s cousin, son-in-law, and adopted son, he was also a war hero and regarded as incredibly wise and pious. Ultimately though, succession was to be determined through a consensus led by tribal, political elites. Ali would eventually become the caliph after his predecessor was murdered in 656 CE, but the community was, by now, irreparably split on political grounds. A major struggle for power ensued after Ali, himself, was murdered by radical (Kharijite) rebels only five years later.

While Sunnis and Shi’as differ about the legitimacy of Muhammad’s first three political successors (Abu Bakr, Umar, and Uthman), no one denies that their selection was a historical reality. It was why and how they were chosen that led to a major political, then, later, a religious split. However, such disagreement over who should have legitimately succeeded Muhammad and his state did not give way to distinct religious ideologies until some two centuries later- the result of debates over who should be authorized to interpret the Quran and Muhammad’s sayings and deeds (i.e. the Sunna) and who should ultimately represent religious leadership in the Muslim world.

In essence, Sunni and Shi’a historical narratives were crafted and codified after the facts and therefore both sects view early Islamic historical events through two distinct lenses. Some aspects of these histories have become emphasized and integrated into primary religious narratives for each respective sect over time and while rooted in both history and myth, became crystallized components of new religious identities sometime during the earlier half of the Abbasid era (8th-10th centuries CE). The Sunni believed that any pious Muslim who has the consensus of the community can lead it (i.e the Caliphate) while Shi’as believed that the religio-political/spiritual leader of the Muslim ummah (nation) must be a descendant of Muhammad through his cousin Ali (i.e. the Imamate).

While Muhammad’s death left a power vacuum that fractured the early Muslim community along both political and religious lines and ultimately gave birth to two main, competing ideologies and visions for the maintaining of authority in the Muslim world, today, there is more Sunni-Shi’a agreement about early Islamic history than is acknowledged. For example, Sunnis and Shi’as often tend to collectively regard the leaders of the world’s first Arab-Muslim hereditary dynasty, the Umayyads, as tepid converts to Islam, as early enemies of the Prophet, as illegitimate successors to Muhammad and as immoral, unholy, impious opportunists unworthy of the mantle of Islamic leadership.

Furthermore, both sects also share the same Quran, both believe in the prophethood of Muhammad (as well as all of the other prophets mentioned in the Quran), both view Muhammad as an exemplary model of good behavior who should be emulated by all, both believe in the absolute oneness of God (tawhid), both observe fasting during the holy month of Ramadan, both accept that the pilgrimage (hajj) to the Ka’aba in Mecca is obligatory, both celebrate the two main Muslim holidays of Eid al-Adha (Feast of the Sacrifice) and Eid al-Fitr (Feast of Breaking of the fast), both accept the holiness and sanctity of the cities of Mecca, Medina, and Jerusalem, both pray five times daily and in the same direction (with some slight variations), both believe in the Day of Judgment, the Day of Resurrection, in Angels, Jinn, and the devil, and both adhere to systems of jurisprudence that are highly interconnected and overlap. In fact, some of the leading Sunni Muslim scholars and jurists from the Classical Islamic period (7th-13th centuries CE) such as Malik ibn Anas and Abu Hanifa- two of four jurists who founded Sunni schools of law- were students of the great scholars and Shi’i Imams Muhammad ibn Ali al-Baqir and Ja’far al-Sadiq in 8th century Iraq.

Despite this, the ideological differences (that mostly center on the concepts of succession, leadership and religious authority in the Muslim world) that do exist between both Sunnis and Shi’as have often been used by some to emphasize the seemingly extra-distinct nature of each sect, ignoring commonalities and promoting particular symbols, expressions, views, and lexicons often leading to a sense of increased ‘otherness’ among each one. One such issue oftentimes viewed as almost exclusively Shi’a in terms of religious and historical relevance and importance is the Battle of Karbala which is commemorated during ‘Ashura- the tenth day of the month of Muharram (in the Muslim calendar) which marks the tragic killing of Muhammad’s grandson and political leader Hussein bin Ali (regarded as the third Imam, or religious successor and descendant of Muhammad through his cousin Ali and his wife Fatima, by Shi’i Muslims), by the Umayyad caliph Yazid I and his army in 680 CE in Iraq.

While ‘Ashura has come to take on particularly significant symbolic religious importance for Shi’a Muslims which often involves communal mourning and grieving, elaborate and emotional re-enactments of Hussein’s martyrdom, and sometimes self-flagellation and bloodletting (which is by no means unique to Shi’i Islam), Hussein’s death is still considered a dark and sorrowful episode in the eyes of many Sunnis too. In some communities, Sunnis view the day and the first ten days of Muharram as a time of spiritual self-reflection and is often observed by voluntary fasting. It has been argued that Muhammad (according to some disputed ahadith), himself, fasted for ‘Ashura during his lifetime decades before Hussein’s martyrdom, to commemorate the day God saved Moses from Egypt’s Pharaoh (by parting the Red Sea)as well as the day that Noah’s ark finally cleared the flood. Although not a prominent feature of the Sunni historical narrative, ‘Ashura has, in some cases, become an event used as a platform to engage in Sunni-Shi’i dialogue. For example, in December 2011, Egyptian Sunnis and Shi’as (at Ras al-Hussein in Cairo) commemorated ‘Ashura together while leaders from both sects called on increased unity between each other. Egyptian Sunni scholar Ahmad Sobh even called for an (Imam) Hussein-style uprising against the ‘Yazids’ (Yazid’s name is used as a pejorative term for a bloodthirsty tyrant) of the Arab and Muslim world [1].

Hussein’s martyrdom is viewed by many as a dark stain on early Islamic political relations, but the mourning and grief observed by Shi’as is the result of a collective historical identity that is rooted in an early injustice committed against Muhammad’s family/household (Ahl al-Bayt) by political rivals, followed, at times, by political persecution and marginalization (oftentimes by political leaders/states)- things that ‘Ashura embodies and symbolizes. Therefore its meaning and appeal for Sunnis and Shi’as is the product of two different historical trajectories, processes, and circumstances.

However, according to a recent Pew Research Center article (which resulted from polling Sunnis and Shi’as from various countries), authors Michael Lipka and Fatima Ghani concluded that “the polls found that Sunnis and Shias in Afghanistan, Azerbaijan, Iran, Iraq and Lebanon are united by their belief in key tenets of Islam, with near universal belief in God and the Prophet Muhammad. Levels of religious practice vary more by country than by sect, with Sunnis and Shias who live side-by-side largely mirroring each other in their rates of fasting and daily prayer” [2].

Despite how inter-Muslim relations are widely depicted in media outlets (both in the U.S. and abroad), in many countries it is not uncommon for Sunnis and Shi’as to intermarry, to pray together in the same mosques, to break their fast together during Ramadan, and to live together harmoniously. According to Mehr News Agency, the very famous and respected Iraqi Shi’i cleric Ayatollah Sistani, in trying to urge national unity in Iraq, even went so far in 2007 as saying that “Shi’ites should not call Sunnis their brethren, but their ‘souls.” Today, many Sunni and Shi’i scholars from all over the world are calling for unity in the face of deteriorating political, social, and economic conditions in places like Iraq, Syria, Lebanon, and elsewhere.

Tareq A. Ramadan is a PhD Candidate in the U.S. specializing in Arab and Islamic Studies and teaches courses on contemporary Arab society, Islamic Civilization, and Middle East political history. (NOT to be confused with Swiss scholar Dr. Tariq Ramadan).