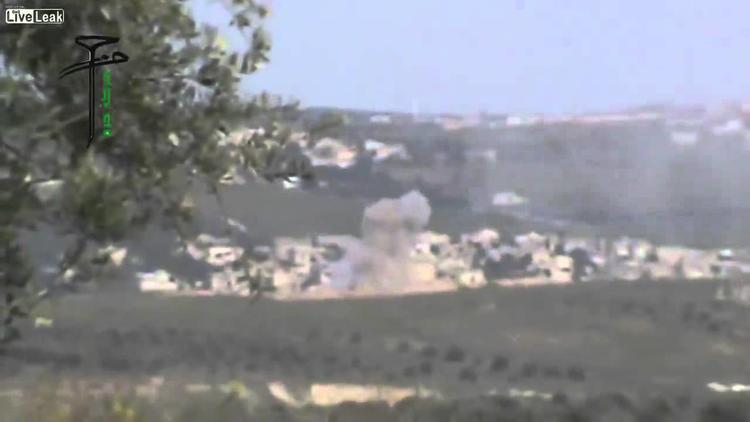 The al-Qaeda affiliate Jabhat al-Nusra (the Succor Front) not only took the territory of the moderate Muslim Syria Revolutionaries Front this weekend, it also polished off the Movement of the Resolute .

The Movement of the Resolute (Harakat al-Hazm) represented itself as secular, but had its roots in a fundamentalist group backed by the Syrian Muslim Brotherhood, the “Time of Muhammad” Front.

Last spring the Movement of the Resolute revealed that it had American TOW anti-tank batteries and access to other weapons. The TOWs were apparently supplied to them via Qatar or Turkey with American acquiescence.

Syrian al-Qaeda has swept into rural Idlib Province, taking over the checkpoints of the Free Syrian Army miderates.

This development is so disturbing because the current Obama administration plan is to train and arm the very sorts of people who were just defeated by al-Qaeda. The introduction of American heavy weapons into the midst of a civil war is not a very healthy development, since weapons inevitably travel between groups (through graft or conquest). We have just been given a preview of something that could happen a lot– migration of US heavy weaponry and even “moderate” fighters– to ISIL and al-Qaeda.