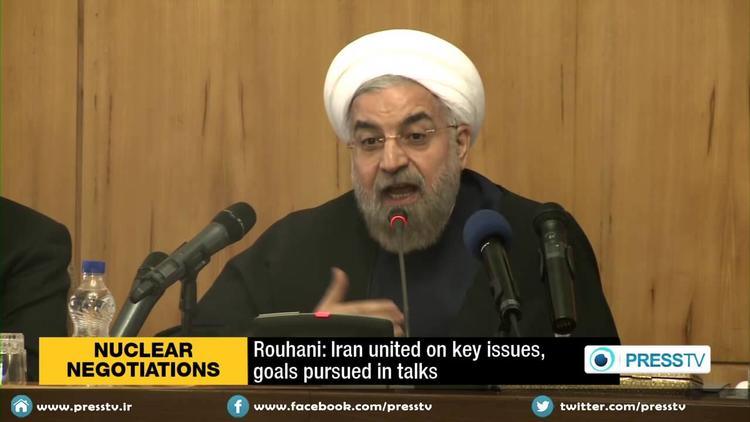 In 2012, Israeli PM Netanyahu stood before the UN General Assembly with a cartoon representation of an “Iranian bomb.” It was filled with red paint (uranium) up to a thick black line representing the ‘point of no return’ where Iran could produce a nuclear bomb within a few months. Or so we were told.

If Mr. Netanyahu were to return with the same graphic this year, however, the cartoon bomb would be empty, the red paint erased or dissolved. The negotiations of the P5+1 (permanent member states of the UN Security Council plus Germany) with Iran have already accomplished more than anyone thought possible a year ago. Signed last July, the Interim Agreement required Iran to deplete or convert its store of highly enriched uranium that Mr. Netanyahu warned us about. It prescribed more intrusive inspections and put more inspectors on the ground in Iran. Essentially, Iran’s nuclear program was put on hold.

Should the Interim Agreement expire November 24 with nothing to replace it, a historic achievement for nuclear nonproliferation would be nullified. Most nuclear and nonproliferation experts believe Iran can maintain a civilian nuclear program, as the Nuclear Nonproliferation Treaty allows, with enough transparency, restrictions and oversight from UN inspectors to cut off each of several pathways it could possibly use towards producing a bomb — a bomb even US intelligence says Iran hasn’t decided to craft.

Yet fierce opposition to the resolution of this issue stems from three sources. The right-wing in Iran does not believe their country should even be talking to the West. Critics in the American Congress have tried to impose new sanction, after Iran ‘cried uncle’ and started negotiating in good faith, that would derail the deal. And Israel, which is not a signer of the NTP, believes Iran should be barred from even civilian enrichment.

The American and Israeli critics don’t realize they are in danger of throwing the baby out with the bathwater. If a negotiated Permanent Agreement doesn’t replace the Interim accord or if the talks are not extended, Iran will resume producing highly enriched uranium. The new inspectors would leave and tighter inspector regimens would die. A historic achievement for nuclear nonproliferation would be nullified.

This does not make sense. An agreement is within reach.

The important of these talks transcends the immediate nuclear issue and gets to the heart of how we as a nation conduct foreign policy. Do we prefer one that keeps lurching towards military action far away from our shores or one that underscores diplomacy as the pillar of world cooperation, nonproliferation and peace?