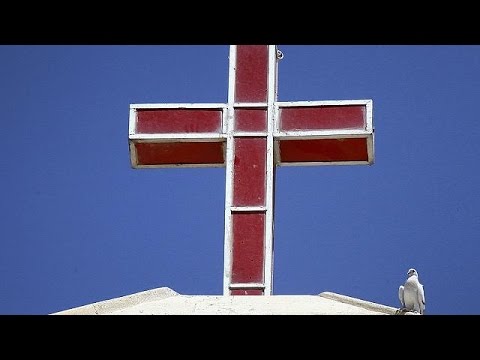 “The yard of Mar Eliya Church in the city of Irbil in Iraqi Kurdistan has been converted into a camp for Christians, more than 200 families who escaped the extremist Islamic State movement (ISIL).

Christians in ever-greater number have been fleeing the northern city of Mosul, the second-largest in Iraq. Some say the country’s history has no precedent for it.

The French charity Fraternity in Iraq says that, since August, 120,000 Christians — but also Muslim Yazidis, Kakaïs and Shabaks — have … [fled]…