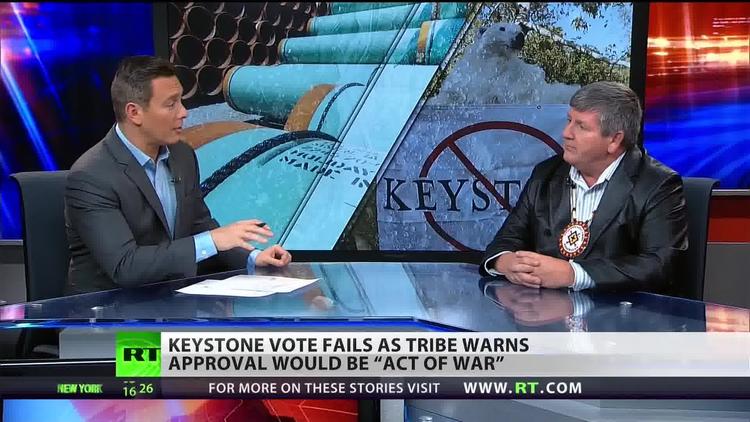 “The Rosebud Sioux Tribe of South Dakota says that congressional approval of the Keystone XL oil pipeline will be considered an act of war. If given the green light by congress, the controversial project will traverse land under the control of the Native American tribe, which is now threatening to exercise its rights as a “sovereign nation.” RT’s Ben Swann speaks to tribal president Cyril Scott to learn more.”