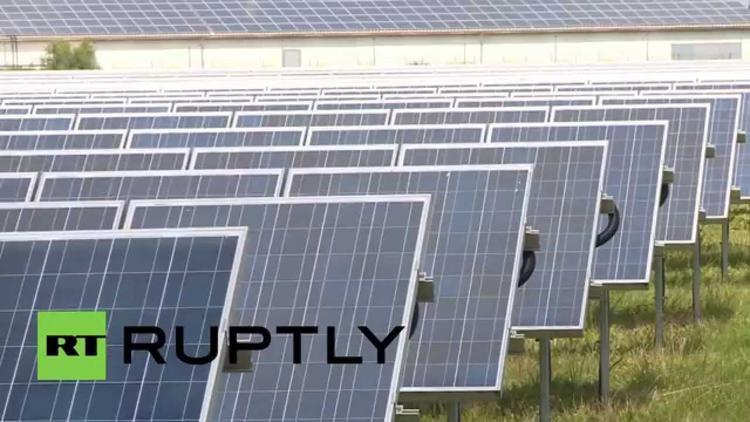 Germany is looking into cutting its use of coal power, at the same time that it is cutting out nuclear. If it does, there could be a ripple effect because Germany is a major player in the European energy market. A Berlin-based journalist said that Germany’s emphasis on renewables is already impacting electricity markets in Poland and the Czech Republic. (Denmark is also exploring how it might go coal-free, but even sooner.)

“The conservative government of Chancellor Angela Merkel last week issued a discussion paper proposing to implement the strictest controls on coal fired generation yet to be seen in Europe, and to redesign its energy system around renewables, which will account for around two thirds of supply within two decades,” Giles Parkinson reports.

Currently about 45% of Germany’s electricity comes from burning coal. However, it was reported recently that new coal plants will not be financed there. About 24% came from solar and wind last year, but that amount could expand to 45% by 2025, if targets are met.

Leading utility Vattenfall is examining the possibility of dropping its lignite-powered plants in Eastern Germany. About 10% of Germany’s electricity is generated by this handful of coal plants, which also produce an estimated 60 million tons of CO2 annually.

Germany may also look into importing more natural gas from Russia, which already supplies about 38% of Germany’s natural gas. Over 30% of its oil and about 25% of its coal also comes from Russia.

Of course, Germany is also a top nuclear power generator, but this status is going to change because of the shift away from that form of energy. It might be confounding to some to think of limiting coal and nuclear at the same time, but consider this: “60% of the lost nuclear capacity was replaced by renewable energy in a single year.”

Solar power costs have dropped dramatically in the last six years, and will surely continue to decrease. Solar power technology will also likely improve, meaning it will generate more electricity. Germany has already hit over 70% of its electricity production from renewables on occasion.

One advantage of solar and wind power is that it doesn’t take as long to construct these kinds of renewable plants. Energy storage for renewables is not close to catching up to renewable electricity production, but it does seem to be picking up some steam, so to speak.

The decision to dump coal is not the easiest one to make, but Germany has been a world leader in renewables, so it seems only logical for fossil fuels to be phased out. The speed at which the German government is moving on its energy transition is very impressive. Another issue is how much money Germany will save over time by reducing energy imports.