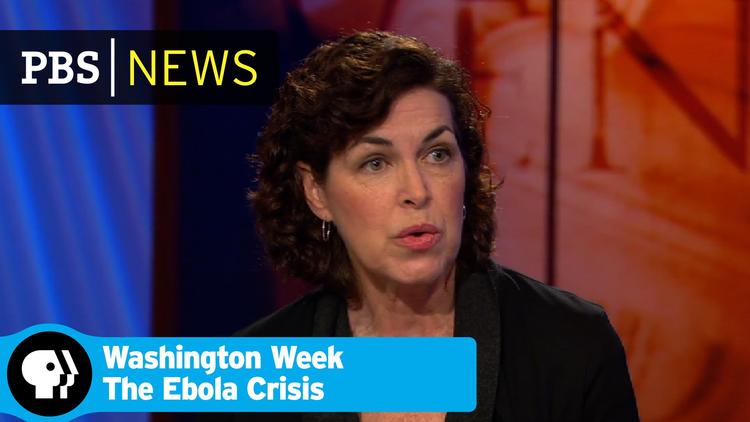 The attempt by some GOP politicians to tie the ebola outbreak to immigration issues is nothing new in American or European history. Immigrants have often been despised, feared and stigmatized by the native-born as harbingers of disease or even death. Conflating disease carriers with foreigners and social outcasts is a practice that stretches back to the Black Death when helpless Church Officials – fearing loss of public confidence – blamed Jews, immigrants and witches for the plague.

The Black Death, a plague that ravaged Europe in the middle ages, killed millions. Caused by the bacterium Yersina pestis, the disease was transmitted to humans by the fleas of rats, but this was unknown at the time. The inexplicable crisis exacerbated fears into a hysterical search for scapegoats: enemies within and without. Helpless Church authorities, fearing loss of confidence in their rule, promoted the notion that the evil plague must have a demonic source. Christians blamed non-believers, heretics, Jews, and foreigners for the epidemic. They even ostracized certain women as witches and branded them as supernatural scapegoats. Fueled by political self-interest, Church officials exploited fear and scientific ignorance.

Even after the germ theory of disease became scientifically established, politically self-serving leaders managed to exploit a population’s plague-panic. As the sexually transmitted disease syphilis devastated Europe in the 19th century, Victorian conservatives used the epidemic to bolster their ideological interests, according to Elaine Showalter in her book Sexual Anarchy. They attributed the epidemic to divine retribution for promiscuity and linked the outbreak to the immoral lifestyle of feminists, homosexuals, immigrants and Jews. For a gullible public, syphilis became synonymous with racial evil and a standard device for anti-Semitic rhetoric.

Currently, the U.S. reaction to Ebola amounts to a germ panic and a 21st century witch-hunt fueled by conservative politicians and a complicit media that ignore or dismiss science. While the disease threatens thousands in West Africa, it poses little or no threat to the United States according to the Center for Disease Control. The science-based approach is working. Despite this, legitimate concerns about early mistakes have been amplified by irresponsible media coverage, fear-mongering calls for travel bans, and non-stop criticism of the government, the CDC, the NIH and even caretakers working to stop the outbreak.

The hyped-up hysteria conflates West Africa, especially Liberia where the outbreak has hit hardest, its people and Ebola into a malevolent foreign force, infiltrating and penetrating the perceived purity of America. In the past few days, conservative talk show host Rush Limbaugh scare-mongered listeners, stoking disease fears and racial animosity, saying that there was a “huge Liberian community of illegal immigrants in Dallas.”

Given widespread anti-immigration sentiment, conservative politicians have linked Ebola with border security. New Hampshire Senate candidate Scott Brown said, in an ad, that he doesn’t want undocumented immigrants crossing the U.S. – Mexico border because they might be carrying Ebola. North Carolina Republican Senate candidate Thom Tillis, said in a debate, that the United States should seal its border with Mexico to prevent the spread of Ebola, while Kentucky Senator Rand Paul said last week that the southern border is not secure enough to keep out Ebola. This is the old story of xenophobia disguised as a health concern.

Immigrants have often been despised, feared and stigmatized by the native-born as harbingers of disease or even death. Calling this syndrome “medical nativism,” historian Alan M. Kraut wrote in his book Silent Travelers, “Existing ethnic prejudices and public hysteria in the face of disease often created a wholly false linkage between illness and specific immigrant groups.”

Irish immigrant Mary Mallon became known, in the early 20th century, as “Typhoid Mary,” a name synonymous with scapegoating and the health menace posed by the foreign-born. In 1900, public officials in San Francisco incorrectly blamed the Chinese for an outbreak of bubonic plague. Newspapers and some public health officials, in 1916, accused Italian immigrants of causing a polio epidemic that terrorized Americans during a frightening summer. The 1918 influenza pandemic that killed over 20 million people was called “The Spanish Flu” to blame Spain for the outbreak. After World War I, East European Jews were accused of being typhus-carriers. Anti-Semitism disguised as a health concern even inspired Adolf Hitler. In Mein Kampf, he repeatedly called Jews parasites and germs, saying they were a “disease within the body politic.”

In the early years of AIDS, the Haitian immigrant community suffered the stigma of association with the disease. Over one thousand Haitian refugees – accused of carrying AIDS in 1992 – were forcibly quarantined at Guantanamo Bay. According to Professor Kraut, tens of thousands of Haitians in the United States lost jobs, housing or educational opportunities.

A recent CBS poll showed that eighty percent believe that U.S. citizens and legal residents arriving from West Africa should be Involuntarily quarantined, while twenty-seven percent think no West Africans at all should be allowed into the U.S. This opposes the scientific consensus that a travel ban or forced quarantine will be counter-productive to stopping the outbreak. The long intertwining history of disease, fear and scapegoating unfortunately remains an exploitable commodity in our society.

Dan Dinello is Professor Emeritus at Columbia College Chicago. His books are Technophobia: Science Fiction Visions of Post-human Technology and Finding Fela: My Strange Journey to Meet the AfroBeat King.

The Politics of Ebola | PBS NEWS