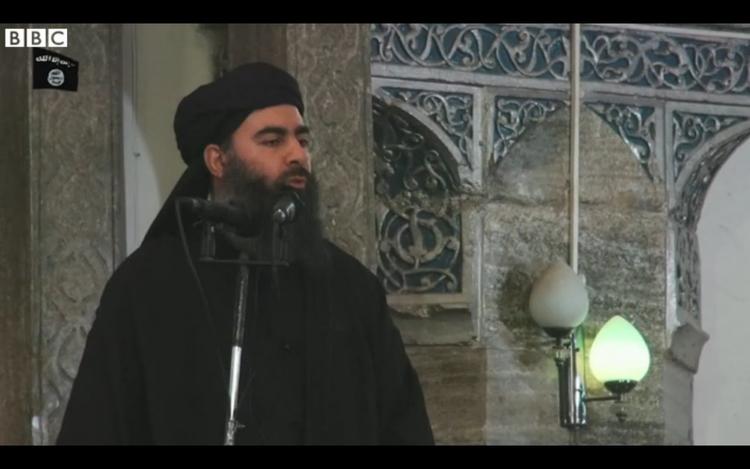 Rumors are swirling that ISIL leader Ibrahim al-Samarra’i (who goes by the nom de guerre of Abu Bakr al-Baghdadi) was severely wounded and that some of his chief lieutenants were killed by a US air strike on a meeting of ISIL leaders on Friday. (Update: ISIL is confirming the injury of al-Samarra’i)

The Iranian newspaper Tabnak quotes from al-Sumaria that it was US air strikes or those of coalition partners that killed 20 high ISIL leaders. It alleges that Umar al-Abasi, an ISIL bomb maker, was among those killed, along with Abu Hanifa al-Yamani, an aide to al-Samarra’i.

I caution everyone that such a contradictory set of narratives is obviously not very trustworthy, and no one know if the ISIL leader was actually hit.

Second, the US has killed a long line of al-Qaeda leaders by now, from Abu Musab al-Zarqawi in 2006 to Bin Laden himself. The military’s theory that leadership is rare and attrition wrought on leaders is decisive in defeating a group is simply incorrect. ISIL’s toolbox of terrorizing and coercing people is available to large numbers of people. Plus, ISIL’s big advances in June of this year weren’t even military, but rather were political. They convinced the people of Mosul, a city of 2 million, to join them against the Shiite government in Baghdad.

There are plenty more potential ISIL leaders out there.