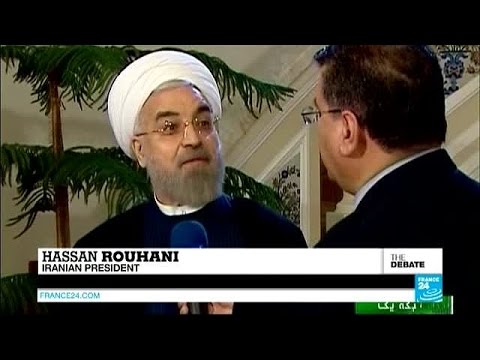 Ayatollah Ali Khamenei, the clerical Leader of Iran, told an assemblage of volunteer paramilitary (Basij) forces on Thursday that he is not opposed to nuclear talks with the P5 +1 and would accept a just and reasonable deal. I said that a breakdown in the talks, which have been extended for a further 7 months, will not harm Iran. Rather, he said, it would hurt the USA.

BBC Monitoring translated him as saying,

“We are not opposed to the extension of the talks, for the same reason that we weren’t opposed to the talks in the first place. Of course we will accept any fair and reasonable agreement, but we know that it’s the US government that needs an agreement and will suffer if no agreement is reached. If these nuclear talks do not achieve any results, the Islamic Republic of Iran will not lose anything.”

The Basij consists of hundreds of thousands of volunteer paramilitary forces, and they are extremely conservative and mostly dislike foreigners. For Khamenei to tell them that he doesn’t oppose talks with the US or their extension would be like Sarah Palin telling a Tea Party audience she rather enjoys negotiation with Iran and could imagine going on doing so for some time. In other words, Khamenei’s speech is huge, and is a much bigger sign of support than it appears on the surface for the negotiations with the permanent members of the UN Security Council plus Germany.

Iran has a civilian nuclear enrichment program aiming at producing fuel for nuclear reactors so as to keep the country independent from the US-led international financial and economic system. Many outside observers allege that Iran must be seeking clandestinely to produce a nuclear warhead. There is, however, as of this point no evidence for any Iranian desire for a nuclear weapon. Khamenei has repeatedly given oral fatwas or considered legal opinions that making, stockpiling and using nucearl weapons is illegal in Islamic law. That Khamenei is anti-nuclear weaponry may help explain the tensions in Iran’s elite, which perhaps does want a weapon. Khamenei’s policy is to appease the hard liners with harsh rhetoric and to allow the scientific and security establishment in Iran to pursue making fuel for nuclear reactors. Centrifuge enrichment technology is dual use, so that this way of proceeding keeps the possibility alive for Iran hardliners that Khamenei or his successor might undo the fatwa against nuclear warheads.

Khamenei hinted at the reason for which a final deal was not reached last weekend:

“The main policy of the Islamic Republic is to confront arrogance and the arrogant US government, and there should not be any mistakes or misgivings about this. Of course, we do not have a problem with the American people. Our problem is with the US government’s bullying and excessive demands…”

I think it is likely a deal could be had within the next 7 months because whatever he says, Khamenei clearly wants one if he doesn’t think the offer is just too humiliating.