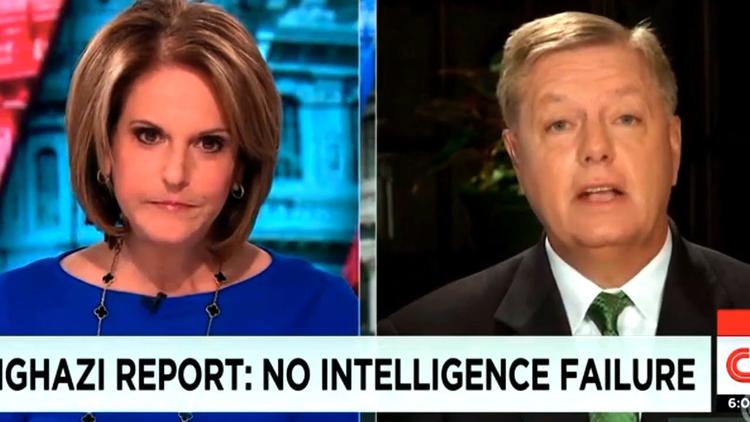 “I think the report is full of crap,” Graham said on CNN’s “State of the Union.”

The House Intelligence Committee released a report on Friday evening, which took two years to compile, that found there was no outright intelligence failure during the attack, there was no delay in the rescue of U.S. personnel and there was no political cover-up by Obama administration officials.

After Graham was asked whether the report exonerates the administration, he initially ignored the question, and then eventually said “no.”
The House Intelligence panel, Graham said, is “doing a lousy job policing their own.” “* The Young Turks hosts John Iadarola (TYT University), Ben Mankiewicz and Steve Oh break it down.”