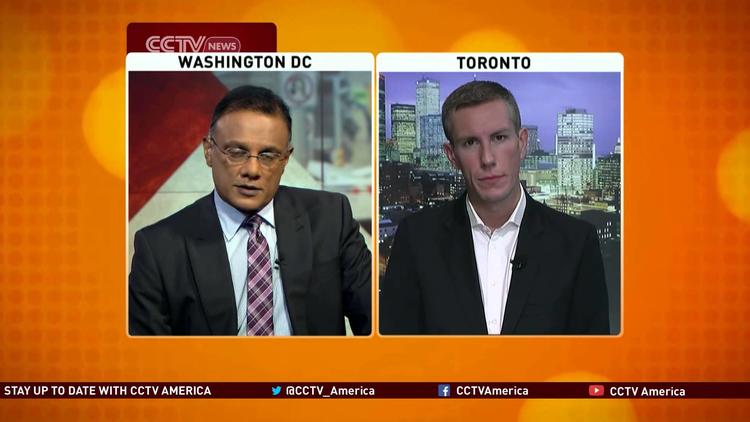 On October 22, 2014 a lone gunman killed a guard at Canada’s War Memorial in Ottawa, then went on to attack the Canadian parliament where he was killed. His name was Michael Zehaf Bibeau. He was the son of a Libyan immigrant, Bulgasem Zehaf, and a Canadian mother, Susan Bibeau, the deputy chair of Canada’s Immigration and Refugee Board.

The attacker was motivated by Canadian authorities denying him the right to travel abroad for fear that he would engage in terrorist activities, and by the announcement that Canada would contribute forces to the war against ISIS. The incident can be connected to a number of themes in Canada’s complex history.

The memorial was built to honor Canadian troops who fought in the First World War. Canada’s commitment of troops to that war had been opposed by French Canadians who resented sending troops to serve the British Empire. Tense debates over Canada’s national identity can be seen in the 1880s when a conflict broke out in the Canadian west between métis, the descendants of families formed by French fur traders who had married native women, and English speaking settlers. The métis rebellion was suppressed. But the argument continued as to whether Canada’s identity was to be shaped by a commitment to the British Empire, or whether it could accommodate separate identities. .

In recent decades Canada has become increasingly diverse with new immigrants coming from Asia, the Middle East and North Africa. The predominantly French speaking province of Quebec was an attractive destination for Muslim immigrants, especially those from North Africa who spoke French. There were many cases of intermarriage, often between Muslim men and Quebec women, a development that bears echoes of the emergence of the métis population in Canada’s West.

The attacks of September 11, 2001 set off fears among Canadian authorities that some of the recent Muslim immigrant population might have connections to terrorism. But poor intelligence made it difficult to distinguish between those who supported democratic principles and those who might carry out violent attacks.

This difficulty led to cases of arbitrary detention. One case involved Mohamed Harkat, an Algerian who had supported the Islamic Salvation Front, a party opposed to Algeria’s government, and then left Algeria as the regime cracked down. He went to Pakistan to do charity work for Afghan refugees in the early 1990s, then managed to slip into Canada in 1995 and request refugee status. In 1997, he married a French Canadian woman, Sophie Lamarche. He was held in detention for four years starting in 2002, then released, but kept under tight restrictions with the continuing threat of deportation to Algeria.

A similar case involved Maher Arar, a Syrian who came to Canada at age 17, in 1987, with his parents, in order to avoid having to serve as a conscript in the Syrian army. He pursued a technical education in Canada, and married a Tunisian immigrant, Monia Mazigh, who had come to pursue higher education in economics. After spending a vacation with his wife and children in Tunisia, he was detained by US authorities in New York in 2002, apparently on the basis of allegations of connections to al-Qa’ida. He was sent to Syria where he was kept in prison and tortured for a year until it became clear that he had no connections to Islamist terrorists. His wife became an outspoken advocate in his defense and after his release became an activist in the New Democratic Party, which would later be critical of Canada’s commitment to the war against ISIS.

While Canadian security officials pursued Muslims who turned out not to be terrorists they failed to go after individuals who became involved in a spectacular terrorist attack, the assault on the In Amenas gas facility in Algeria in 2013. Three friends from a high school in London, Ontario—one Lebanese, one Greek, and one Korean—became drawn to the Islamist cause at least in part because they felt marginal in Canada. They set off to study Arabic in Mauritania, and two of them, the Lebanese Ali Medley and the Greek Xristos Katsiroubas took part in the attack.

This prompted Canadian authorities to be more vigilant and to use security laws to prevent suspects from traveling. Michael Zehaf Bibeau’s Libyan father had traveled to Libya in 2011 as the struggle to overthrow Qaddafi got under way, then returned to Canada. As Libya collapsed into civil war, Bibeau felt the urge to travel there, partly to support an exciting cause, partly to escape a miserable life of drug addiction. Conceivably, ISIS’s internet propaganda prompted him to seek to join the fight in Syria. Whatever the case, Canadian authorities prevented him from traveling, and his response
was to attack the War Memorial.

The monument honors Canadians who fought in the First World War, a war that remade the Middle East and laid the foundations for many of today’s conflicts. That war had a strong impact on Algeria where the French conscripted Muslims to come and fight in France, holding out the hope of constructing a multi-cultural republic where all groups had equal rights. One Algerian who came to fight in France was Messali Hadj, whose family were Kulughli, created by the marriage of an Ottoman soldier and a local woman. (The family name, Messali, indicates a connection to Mosul in northern Iraq.) He married a French woman with whom he shared egalitarian, socialist ideals.

After the First World War nationalism gained wide support in France and among European settlers in Algeria, thwarting the drive for a multicultural democracy. As nationalists came to dominate Algeria’s independence movement, Messali Hadj was pushed to the political margins. He died in France in 1965. His daughter Djanina Messali Benkelfat would eventually find a home in Quebec.

Allan Christelow is the author of Algerians without Borders: the Making of a Global Frontier Society (University Press of Florida, 2012).