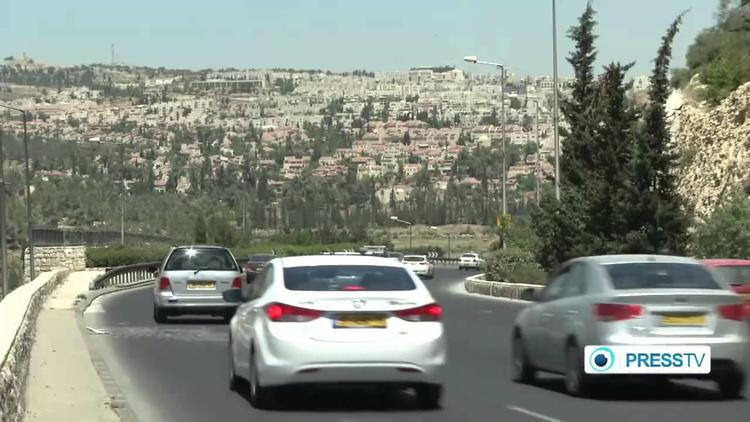 An anonymous U.S. official caused a dustup when he called the Israeli prime minister "chickenshit." Others might have said worse. 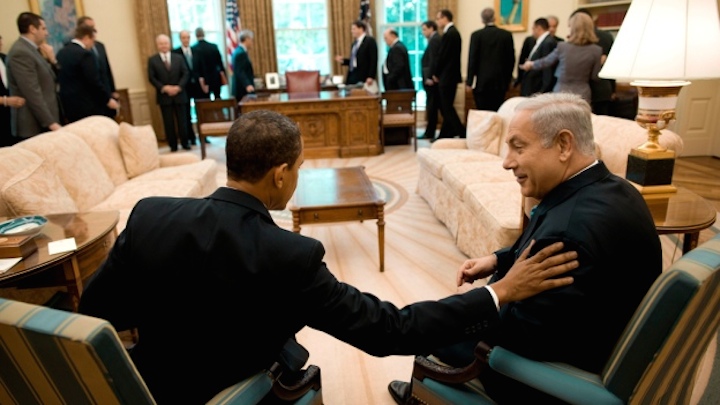 Last month, an anonymous U.S. official stirred a tempest in a teapot when he called Israeli Prime Minister Benjamin Netanyahu “a chickenshit” in comments to the Atlantic’s Jeffrey Goldberg. The insinuation was that while Netanyahu will happily rile up his right-wing base on issues related to Palestine or Iran, he lacks the political courage to take meaningful steps to resolve either conflict.

State Department officials scurried to disavow themselves of the remark. But the incident revealed an increasingly common conclusion in Washington: Netanyahu’s foot-dragging on Middle East peace is not only frustrating for the United States—it’s dangerous.

Once a taboo subject in Washington, the value of the U.S.-Israeli alliance has increasingly come under scrutiny among even leading members of the foreign policy establishment.

As Anthony Cordesman—a Mideast expert at the center-right Center for Strategic and International Studies—observed, “It is time Israel realized that it has obligations to the United States, as well as the United States to Israel, and that it become far more careful about the extent to which it test the limits of U.S. patience and exploits the support of American Jews.”

General David Petraeus, back when he was the head of the U.S. Central Command, told the Senate Armed Services Committee that the Israeli-Palestinian conflict “foments anti-American sentiment, due to a perception of U.S. favoritism for Israel.” Even President Obama has listed the conflict as a factor in U.S. wars in the Middle East that are “costing us significantly in terms of both blood and treasure.”

These comments by leading American figures were made four years ago—well before the Obama administration had had its biggest dustups with Netanyahu’s government. Two Gaza wars and another round of failed peace talks later, nothing has changed except Israel’s increasing willingness to flaunt international law—as it did in its massive assault on Gaza earlier this year, which killed some 1,500 civilians.

Now, even U.S. Secretary of State John Kerry—a pro-Israel stalwart—admits, to the chagrin of Israeli officials, that the lack of progress in peace negotiations between the Israelis and Palestinians is feeding support for the Islamic State. “There wasn’t a leader I met with in the region,” Kerry said of his efforts to cobble together an anti-Islamic State coalition, “who didn’t raise with me spontaneously the need to try to get peace between Israel and the Palestinians, because it was a cause of recruitment and of street anger and agitation.”

One would think that such complaints from a key ally and patron would elicit some soul-searching in the Israeli government. Yet instead of charting a new course in his speech at the United Nations last September, Netanyahu fell back on an old, lazy recipe of demonization, equating Hamas with the Islamic State and the Islamic State with Iran. And he continued oft-used delaying tactics, inviting the current coalition of Arab countries fighting the Islamic State to draft a new peace proposal for Israel and the Palestinians—despite his longstanding rejection of the Arab Peace Initiative drafted over 10 years ago by many of those same countries. Officials in the Obama administration were reportedly “unconvinced” that Netanyahu’s proposal was sincere, given his lack of interest in direct talks with the Palestinians themselves.

In addition, just days before an October meeting with President Obama, Israel announced plans to construct 2,610 new housing units in East Jerusalem in violation of existing agreements. In a rare public rebuke, Obama spokesman Josh Earnest said that the new settlements will alienate Israel’s “closest allies” —presumably including Washington—and “call into question Israel’s ultimate commitment to a peaceful negotiated settlement with the Palestinians.”

Uncowed, Netanyahu dismissed the criticism, describing the U.S. rejection of the new settlements as “against American values” and “anti-peace.” When an Israeli prime minister describes longstanding U.S. strategic interests—in this case, conditions that would enable the creation of a viable Palestinian state and a just resolution to the Israeli-Palestinian conflict—as “un-American,” it’s a clear indication that the United States cannot continue its current course of appeasing Israel’s every demand.

That’s a conclusion increasingly shared by Israel’s longtime allies in Europe. Sweden’s new government recently indicated that it will recognize Palestine as a state. The UK parliament followed up with a symbolic recognition vote of its own, and more European countries may soon do the same.

Groups in the United States and in Europe, meanwhile, have worked with Palestinian activists to organize a boycott of Israeli settlement products and academic institutions. Indeed, U.S. civil society—including many Jewish organizations—is now leaps and bounds ahead of the U.S. government when it comes to rethinking the U.S.-Israel relationship.

Nonetheless, Netanyahu now looks poised to mobilize his supporters in the U.S. Congress to vote against any nuclear agreement between Washington and Tehran.

Yet even as official Washington simmers with frustration at Netanyahu’s simultaneous demands for U.S. support and disregard for U.S. interests, officials rushed to put out the fire started by the anonymous “chickenshit” quip. As Foreign Policy’s Steve Walt put it, if Washington pretends that the “‘special relationship’ is hunky-dory, even when it is obvious to even casual observers that it is not,” then “Netanyahu’s not chickenshit—the White House is.”

Adil E. Shamoo is professor at University of Maryland and an associate fellow of the Institute for Policy Studies. He is a senior analyst for Foreign Policy In Focus and the author of Equal Worth—When Humanity Will Have Peace. His website is www.forwarorpeace.com. Peter Certo is the editor of Foreign Policy In Focus.

Reprinted under a Creative Commons License 3.0