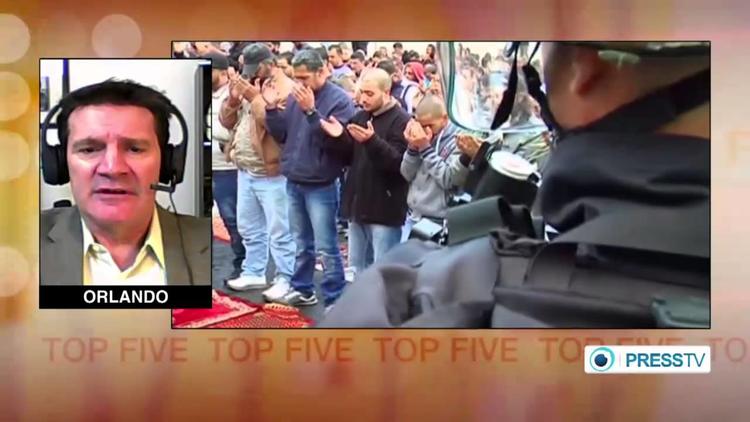 Several Palestinians were also injured by rubber-coated steel bullets and dozens suffered from suffocation from inhaling tear gas as Israeli soldiers fired large number of tear-gas grenades at the crowds.

The march of hundreds to the flashpoint military checkpoint on the road between Ramallah and Jerusalem came as part of a Day of Rage across the West Bank in protest against Israeli authorities’ killing of a man early Thursday and the day-long closure of the Al-Aqsa mosque — the third holiest site in Islam — for the first time since 1967.

Medical sources at the Palestine Medical Center in Ramallah named one of the victims as Youssef Muhammad al-Khatib, 26, who was critically injured with four bullets across his body.

Fatah and Hamas groups in the Qalandia refugee camp had called for a march after Friday prayers in the camp.

An Israeli military spokeswoman told Ma’an that around 400 Palestinians were taking part in a “riot .. hurling rocks, molotov cocktails, and burning tires.”

She said she was aware of a number of injuries but that these had been caused by border police, not the military.