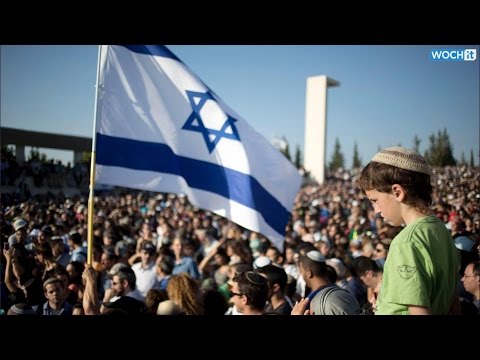 Observers of the evolution of the relationship between Israel and the Palestinians have long argued that there are only two likely outcomes of the alternating violence and diplomacy between the two sides that has gone on nearly 70 years now. One is a “two-state solution” wherein Israel accepts a rump Palestinian state in Gaza and the West Bank. That possibility has by now been more or less forestalled because of the massive land theft and colonization drive of Israeli squatters on Palestinian land in the West Bank. (The UN General Assembly partition plan of 1947, whatever one thinks of its legitimacy, awarded the West Bank to Palestine). The other is a “one-state solution” wherein Israel bestows Israeli citizenship on the stateless Palestinians. There is no obvious path to such a decision on the part of what are essentially fascist ruling parties in Israel and it is hard to imagine a scenario in which such a thing happens.

Israeli Prime Minister Binyamin Netanyahu and Foreign Minister Avigdor Lieberman have another ending to the story in mind. And that is the “transfer” of Palestinian-Israelis and of Palestinians in the West Bank to some other country, probably Jordan. This crackpot plan of uprooting and moving 5 million people is also not very likely on the face of it.

But there is one scenario in which “transfer” (i.e. ethnic cleansing) could occur. That would be a repeat of the 1947-48 civil war in British Mandate Palestine, which eventuated in the ethnic cleansing by Jewish militias of 720,000 Palestinians out of a pre-war total of 1.2 million. Jewish terrorist organizations such as the Stern Gang simply mowed down Palestinian villagers with machine guns to scare their neighbors into fleeing their homes, which the nascent Israelis then usurped. After Israel was established, Prime Minister David Ben Gurion simply locked the Palestinians out of their homeland for good, creating a massive refugee problem in the West Bank, Jordan, Syria and Lebanon that has never really been resolved to this day (only Jordan gave the Palestinians citizenship, and even there it is sometimes revoked).

Israel conquered the West Bank in 1967 and militarily occupied it, then contravened the Geneva Convention of 1949 on the treatment of occupied populations by flooding Israeli squatters into the territory. It also illegally annexed part of the Palestinian West Bank and awarded it to the Israeli district of Jerusalem, which is roughly 35 percent Palestinian. It also has gradually forced many Palestinians in East Jerusalem to depart, confiscating their property, and is building Jews-only squatter settlements all around Jerusalem with an intent of turning Jerusalem into a Jews-only city.

The Israeli government has now put 600,000 Israeli squatters into the Palestinian West Bank (including Palestinian Jerusalem), among nearly 3 million Palestinians. There is constant Israeli construction of housing on usurped Palestinian land. Squatters dig their wells deeper into aquifers and cause the wells in Palestinian villages to go dry. There is a low-intensity struggle between the incoming squatters and the indigenous Palestinians. Israelis have attacked mosques and villagers. Palestinians have killed Israelis whom they view as land thieves.

These two populations are not separate from one another in the West Bank. Nothing would be easier than for tit-for-tat killings to spiral out of control. Then you’d have a war on the West Bank, which of course the Israelis would win, being very well armed by the US and very well organized.

In the course of this coming civil war in the West Bank, Israeli squatter organizations would seek to repeat the Stern Gang’s achievements in 1947-48 of making the Palestinian population flee its homes for Jordan. Jordan, a country of 6 million, would suddenly be a country of 9 million.

On past experience, no one would do anything about such an ethnic cleansing of the West Bank Palestinians, who would end up penniless and living in tents in the desert. The spokesmen for Western governments would say they regret that it happened and maybe offer some aid money. The Arab publics would be outraged but the governments would do nothing. Some European governments might slap ineffectual sanctions on Israel. Others would praise the Israeli ethnic cleansing campaign.

The fascist parties in Israel would lock the Palestinians out of the West Bank permanently and flood in more settlers. They might even “transfer” the Palestinian-Israelis, stripping them of their citizenship and making Jordan 10 million, half of them in refugee tents in the desert). They would give press conferences where they regretted that the Jordanian government did not treat its new citizens well enough.

The Jordanian state likely could not survive being almost doubled in population overnight overnight, with most of the newcomers hostile to the Hashemite monarchy. There would likely be a republican revolution in Jordan against King Abdullah II. Extremism would flourish and an ISIL- like state in Jordan would not be impossible. The ethnic cleansing would be extremely destabilizing for the Middle East for decades to come and Israel’s security environment would deteriorate drastically. Eventually reprisals with things like small rockets would create such a sense of crisis that gradually Israelis might begin emigrating abroad in fair numbers, a process that could snowball.

The killings at the Jerusalem synagogue yesterday and the spate of Israeli killings of Palestinians in the West Bank are all small harbingers of this coming civil war.