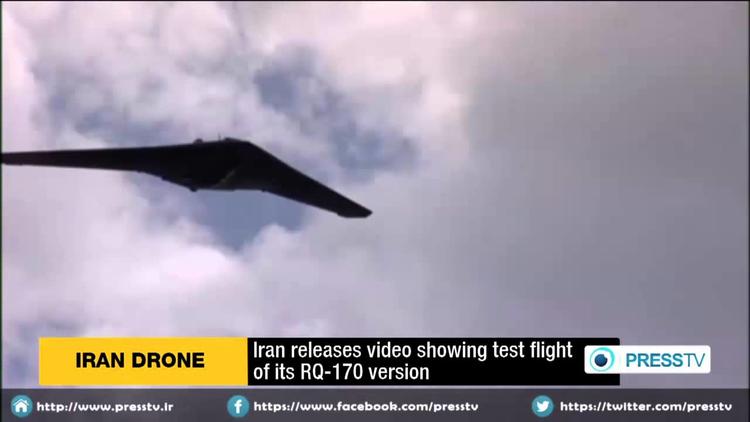 “Iran has released a video showing the test flight of an Iranian-made version of the captured US RQ-170 spy drone.

The stealth drone was designed and made in less than three years and will be ready for surveillance, combat and other related missions in the next few months. The RQ-170 Sentinel stealth aircraft was downed by the Iranian armed forces electronic warfare unit in 2011. Tehran had announced that it intended to carry out reverse engineering on the captured aircraft, which is similar in design to a US Air Force B-2 stealth bomber. The drone is one of America’s most advanced spy aircraft.”