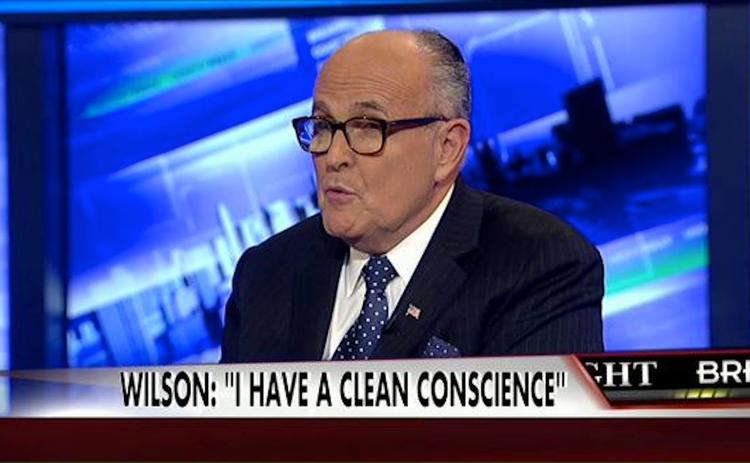 “Former New York Mayor Rudy Giuliani weighed in on the Ferguson grand jury decision Tuesday night and said that if it were his case, he would prosecute some witnesses to the police shooting of unarmed teen Michael Brown for lying about what they saw.

In an appearance on Fox News’ “The Kelly File,” Giuliani speculated that Officer Darren Wilson, who is white, felt compelled to come forward and give a TV interview about what happened in the fatal Aug. 9 confrontation because “he was so offended by the lies that were being told.”*