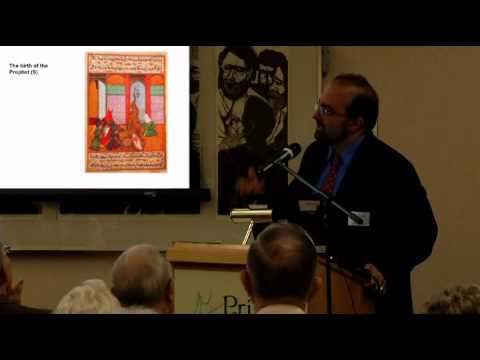 By Alexander Gaute (Your Middle East)

Following the advent of the murderous Islamic State (IS), the need to scrutinize the relationship between Islam and violence has proved necessary. Several attempts have been made towards this aim, some even arguing for the revision of the Holy Qur’an itself. Others request that believing Muslims turn away from the particular texts with content of violence. To a devout Muslim however, it is not easy to ignore the scripture that is in fact believed to be the word of God. I believe none of this is necessary; instead, these passages of violence may be reinterpreted with the help of the Qur’an itself.

WHILE THE VIOLENT character of the Qur’an is now broadly publicised in articles, interviews and various publications around the world, these analyses tend to misuse the references to the Qur’an, often only citing single verses like the following (translation by M.A.S. Abdel Haleem):

“Those who wage war against God and His Messenger and strive to spread corruption in the land should be punished by death, crucifixion, the amputation of an alternate hand and foot, or banishment form the land: a disgrace for them in this world, and then a terrible punishment in the Hereafter, unless they repent before you overpower them- in that case bear in mind that God is forgiving and merciful.” 5:33-34.

The central theme of this specific section is about gruesome revenge and hostility, showing little mercy. Unquestioned, it paints a dark picture of what is otherwise called the Holy Qur’an. The Qur’an shares this fate of single citation with its sister religions, Judaism and Christianity. Often, in a wide variety of circumstances, we see the Bible and the Tanakh being cited verse-by-verse – both by religious people themselves and people outside the religions. Single citation of Holy Scripture is of course most often harmless. However, it becomes dangerous when it makes claims to explain the religion to which it refers.

The Bible was not divided into themes and verses until the middle of the fourteenth century. Thus, to read the Bible verse-by-verse hardly follows the intention of the authors. The Qur’an was divided into verses much earlier but it was never meant to be read verse-by-verse. The Qur’an was revealed to the Prophet Muhammad sura-by-sura (chapter), meant to be read in their entirety. The Qur’an was thus not a book to be read from cover to cover, but rather from sura to sura. The following citation, 5:32, clearly shows how mindless it is to cite the preceding 5:33-34 without contextual comment:

“On account of (his deed), We decreed to the Children of Israel that if anyone kills a person- unless in retribution for murder or spreading corruption in the land- it is as if he kills all mankind, while if any saves a life it is as if he saves the lives of all mankind. Our messengers came to them with clear signs, but many of them continued to commit excesses in the land.” 5:32.

IN 5:32, we meet one of the most beautiful verses of peace the Qur’an has to offer. At the same time, the text tells us that there are certain people who never cease to commit excesses on the earth, and in the following verse, 5:33, some are even waging war while trying to spread corruption and murdering. In this context, these are the ones whom the reader is allowed to fight, no one else.

And even then, if “they repent before you overpower them- in that case bear in mind that God is forgiving and merciful”. Thus, this allowance to use violence is extremely limited, with emphasis on the importance of human life before verse 5:33, and then appealing to show mercy right thereafter. The allowance can furthermore be understood in relation to the historical context in which the Qur’an was revealed. Muhammad and his first followers were persecuted and killed and thus needed to defend themselves from an overpowering enemy.

This is a theme that recurs on every occasion when violence is mentioned in the Qur’an. God would never mention violence without mentioning mercy, peace and respect for human life. This is revealed if you read the suras in full extent, not verse-by-verse.

Alexander Gaute is studying to become a teacher, and currently resides in Varanasi, India, to research the use of the Qur’an in Islamic education. @alexgaute