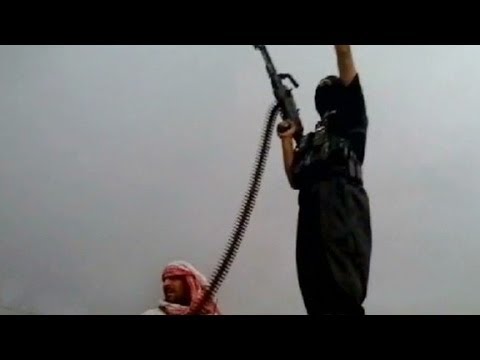 Iraqi army and police joined forces with Shiite militias and US close air support to expel Daesh (ISIL) from the city of Beiji, north of Baghdad beyond Tikrit. The Iraqi military claim has not been independently verified. The army is now only 1 kilometer (less than a mile) away from Beiji’s oil installations.

It is perhaps the most significant military loss for Daesh since it took 40% of Iraq in early June, 2014.

Daesh is estimated to make $30 million a month from petroleum sales. It isn’t actually that much in the larger scheme of things. Contrary to the somewhat breathless US reporting, Daesh is not the most wealthy terrorist group ever. At the height of the Iraq War a decade ago, Shiite militias probably siphoned off some $5 billion annually from the national oil production.

Crude oil can’t easily be smuggled since it is not worth much until it is refined. Gasoline or kerosene, in contrast– i.e. refined crude– is easily sold or transferred to others. The significance of the refinery at Beiji: it produces gasoline from crude oil. By capturing it and the nearby town, Daesh hoped to deny the government of then prime minister Nouri al-Maliki the revenues. It further hoped to reap the oil money itself. Some analysts thought the gasoline smuggling had began replacing donations from the Gulf as the organization’s chief income. Daesh still holds the refinery at Beiji but now is in a poor position to keep it.

Daesh had also captured 12 small refineries built for Syria by the Turks before the revolution. These refineries have been targeted by US air strikes.

With the defeat in Beiji, Daesh looks rather less than 10 feet high. Expecting Washington to rethink its Iraq project in this light? Apparently unreasonable.

CNN: ” Secret video of ISIS smuggled out of Iraq ”