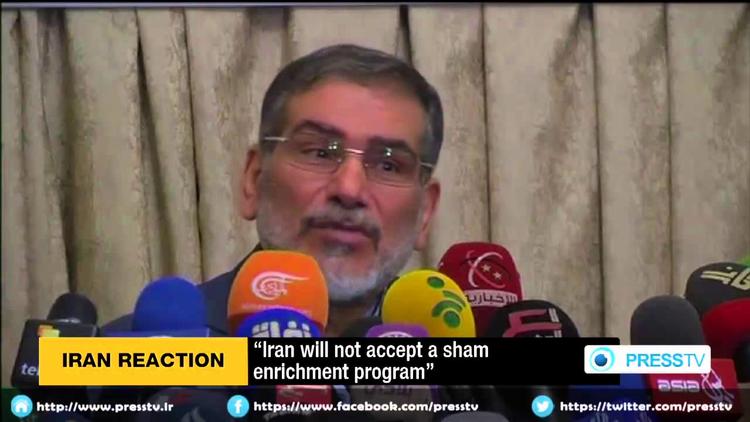 “A senior Iranian official says Tehran has responded to some of the letters sent by US President Barack Obama.

The secretary of Iran’s Supreme National Security Council, Ali Shamkhani says Obama has written a number of letters to the leader of Iran’s Islamic Revolution Ayatollah Seyyed Ali Khamenei in the past several years. Shamkhani also criticized the US double standards, saying Washington’s letters are at odds with its declared stance on Iran. He added that this is aimed at influencing the US internal affairs. Shamkhani said the U-S policy in the region is directed by Israel, and that Tel Aviv has spared no efforts to humiliate Washington. He also spoke of Iran’s nuclear program. The senior official described Tehran’s nuclear stance as transparent, noting that Iran will not accept what he called a sham enrichment program. Shamkhani reiterated that Iran would not accept any obligations beyond the Nuclear Non-proliferation Treaty, or the NPT.”

Press TV: “Tehran says it has responded to some letters sent by US pres”