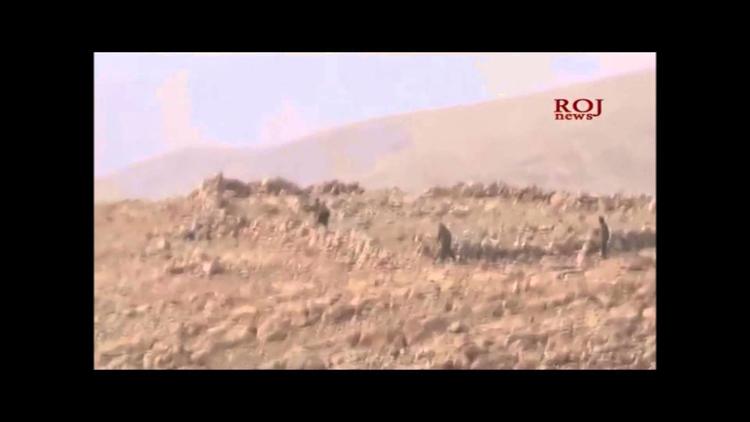 Mosul rose up in alliance with Daesh /ISIL against the government of Iraqi Prime Minister Nuri al-Maliki on June 9 of this year, sparking a crisis in Obama administration foreign policy. Obama had been open to keeping some troops in Iraq, but the Iraqi parliament did not want that, and Obama acquiesced in the legislature’s decision. (Obama is criticized for giving in, but it is not clear how he could have kept troops in Iraq over the objections of the Iraqi parliament without exposing them to war crimes trials in Iraqi courts whenever anything went wrong on the battlefield.)

It is not clear how central Secretary of Defense Chuck Hagel was to crafting a response. But he must have been intimately involved in aspects of it. I don’t see anyone talking about how that response has gone. Here are what seem to me the major outcomes of the new Defense Department involvement in Iraq:

In mid-June, Daesh (what Arabs call ISIL or ISIS) made a move toward Irbil, the capital of Iraqi Kurdistan, and initially defeated lightly armed Peshmerga national guard troops.

The Obama administration, of which Hagel was a key principal, decided to use the US air force in the response. Obama has an aversion to getting too deeply involved in Iraq, but he could not afford to run the risk that the siege of, e.g., Iraqi Kurdistan would turn into a rout and result in large numbers of people killed.

The air intervention pushed Daesh back from the Kurdistan capital. It improved the morale of the Kurdistan paramilitary, the Peshmerga, so that it began taking further territory after an earlier collapse of esprit de corps. That intervention to save Kurdistan has to be pronounced a success so far.

Threats that Daesh might go on down and try to take Baghdad itself receded.

The US military hoped also to stiffen the backbone of the Iraqi army (which had collapsed in June), retrain Iraqi army troops and to help them deploy to stop the march of Daesh on Baghdad and points south.

Whether the US is responsible or not, the Iraqi military and allied Shiite militias and the Kurdistan paramilitary, the Peshmerga (one who stands before death) have now taken territory back away from Daesh.

The Iraqi forces loyal to Baghdad have had some successes. The Shiite militiamen appear to have taken the lead in Jurf al-Sakhr, where a Sunni town of 80,000 that had thrown in with Daesh a couple years ago, was subjected and Daesh and expelled. Jurf al-Sakhr was a radical Sunni base from which attacks on Shiite interests in the south were launched. The political fallout of Shiite militias taking a Sunni town is probably negative, but in purely military terms this was a success; Daesh no longer has a major base south of Baghdad.

Iraqi troops and militiamen, along with Sunni Arab tribal levies, also took back the oil refinery in Beiji in Salahuddin Province, which they had previously relinquished to Daesh. Crude oil is not valuable and cannot be smuggled, whereas refined petroleum products like gasoline can be sold to other countries. Without the refinery, Daesh may not be able to make as much by gasoline smuggling.

Just on Monday, the Kurdish town of Jalawla in Diyala province fell to a mixture of Iraqi forces, including IA, Peshmerga and Shiite militias. Diyala is a mixed province but the northwest had begun falling to Daesh in June and ripostes had earlier been ineffective. Now Daesh is losing towns there.

So in Diyala and Salahuddin Provinces, Hagel and his allies have had some success.

In contrast, Daesh has strengthened its positions among Sunni Arabs in Al-Anbar Province, and no progress has been made toward dislodging it from the populous Ninewah Province in the north.

It is a mixed bag of a story, but the long and short of it is, that Hagel at Defense has some genuine achievements, or at least that counter-Daesh strategy on the ground has, with Hagel’s DoD providing close air support in many instances. Whatever the reasons for Hagel’s departure, it is hard to see how this record in Iraq, where Daesh has largely been contained and even slightly rolled back, can be it.