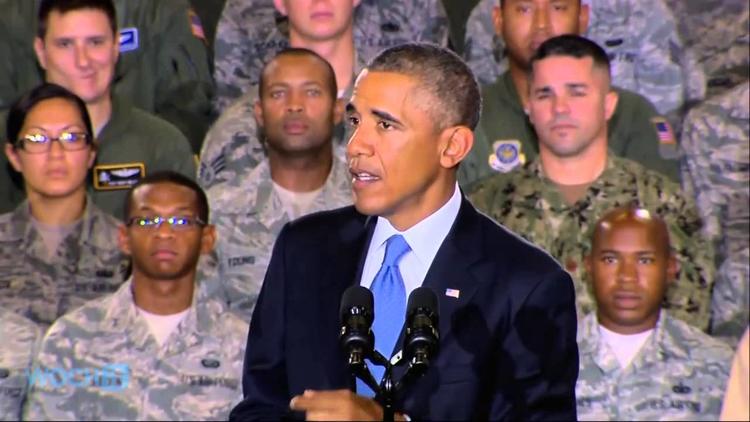 President Obama said Wednesday that he would seek Congressional authorization for his war on ISIL or the “Islamic State” Group in Iraq and Syria. This statement comes after months of his administration maintaining that the AUMF of 2001 was still sufficient to underpin this effort. (In fact, it referred to war on those who planned and carried out 9/11, who are getting long in the tooth; it probably doesn’t actually cover radicals in al-Raqqah, Syria, today).

Why the about-face? Well of course we don’t know for sure or in detail. But here are some lively possibilities:

1. Obama may be trying to mollify Republicans so that they’ll cooperate with an extension of the aid program to train Syrian rebels, which runs out in December.

2. Obama is taking ISIL off the table as an issue during his last two years (and into the next presidential campaign) by this step. If the GOP Congress gives him the authorization, they will bear the blame if anything goes wrong. If they refuse, then everything that goes wrong will be their fault.

3. If they vote for an authorization for the use of military force, the GOP Congress won’t easily be able to blackmail Obama by threatening to withhold funding for the military effort against ISIL unless he gives in on some issue.

4. The GOP is internally deeply divided between establishment Republicans such as John McCain and libertarians or tea-partiers. The latter are often opposed to big US interventions abroad. Obama is throwing a pigeon among the cats by making the GOP debate the intervention among themselves, with all the internal rancor that might produce.

5. The way some potential GOP presidential candidates vote on the war on ISIL will become part of their record. If they vote for, they can’t run against a Democratic Party initiative in Iraq and Syria. If they vote against, they risk going against widespread public opinion in the US that Something Had to be Done.

Expect to see the Obama team put up a lot of laws and initiatives in hopes they can force the Republicans to take a stand on them one way or another, as a way of creating a narrative about them in the public mind leading up to 2016.