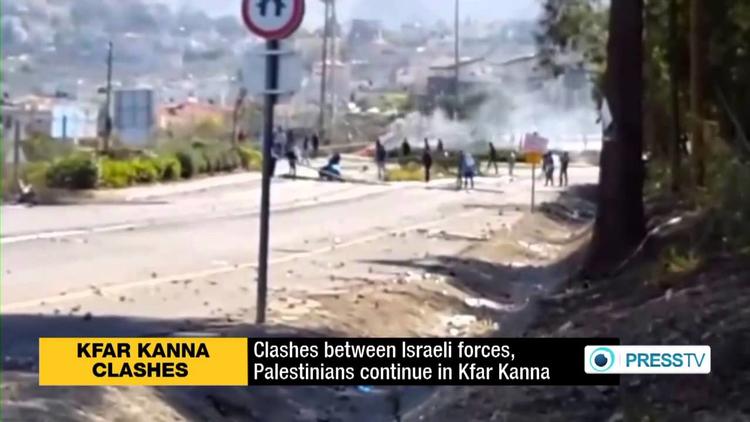 On Sunday Israeli Prime Minister Binyamin Netanyahu said he was looking into whether Israel could strip citizenship from those who speak out against the continued statelessness of the Palestinians. (There are millions of stateless Palestinians outside Israel.

Netanyahu began his political career as a far-right Likud politician calling for the forced deportation of the 20% of the Israeli population that is of Palestinian heritage. He said Sunday,

“Israel is a nation of law. We will not tolerate disturbances and rioting. We will act against those who throw stones, block roads and call for the establishment of a Palestinian state in place of the State of Israel. Whoever does not honor Israeli law will be punished with utmost severity. I will instruct the Interior Minister to evaluate revoking the citizenship of those who call for the destruction of the State of Israel.”

Netanyahu’s remarks were made in the context of Palestinian-Israeli demonstrations in Kafr Kanna inside Israel, over a Ferguson, Mo., sort of incident. Police shot dead a 22 year old man whom they accuse of menacing them (videotape does not support the police story).

So this would be as though at the height of the Ferguson controversy, US leaders had threatened African-Americans with being declared stateless and being deported if they did not fall silent.

Netanyahu’s close colleague, Foreign Minister Avigdor Lieberman, has proposed administering loyalty tests to Palestinian-Israelis and stripping of their citizenship anyone who declined.

Stripping citizenship is forbidden by the International Declaration of Human Rights and other UN instruments and treaties.

There is an increasing move to take away citizenship rights. Dissidents have been punished in this way in Bahrain and Kuwait. But now Britain has joined them, and Canada may as well. The Israelis, if they take this weighty step will be on the same page as the King of Bahrain and the Emir of Kuwait, not to mention some pretty unsavory dictators of the interwar period in the 20th century.

It is Palestinian statelessness that is causing trouble in the Mideast to begin with. More stateless Palestinians won’t help resolve the problems.