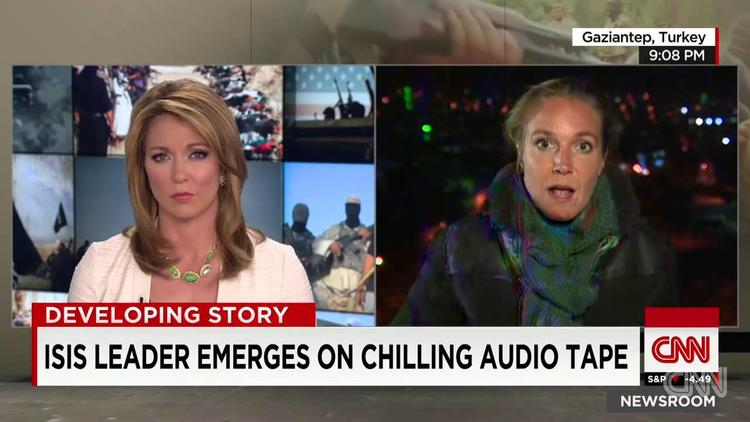 Daesh, the brutal terrorist group the US calls ISIL or ISIS, is calling for attacks in Saudi Arabia.

A voice recording has surfaced, attributed to Ibrahim al-Samarra’i, the leader of the brutal terrorist group Daesh (which the US calls ISIL or ISIS). Al-Samarra’i was wounded in a US airstrike on a Daesh convoy near Mosul last Friday. This voice recording may not actually be by the Daesh leader (it has not been authenticated).

The voice recording, in any case, depicts al-Samarra’i as boasting that his caliphate is spreading, referring to the pledge of allegiance he received from Ansar Bait al-Maqdis (Helpers of the al-Aqsa Mosque in Jerusalem) in Egypt’s Sinai Peninsula, an announcement that came after last Friday’s air strikes.

He called for the launching of attacks in Saudi Arabia and the “ignition of the volcano of holy war in every place.”

He called Saudi Arabia “the head of the snake.”

He also expressed deep hatred for Shiites, calling on his followers to attack Saudi Shiites in that kingdom and also to attack the Houthi Zaidi Shiites who have taken over Yemen’s capital.

He maintained that US airstrikes on Daesh in Iraq and Syria have been ineffectual (not mentioning about how they severely wounded him and all).

Al-Samarra’i said that his caliphate was getting ready to mint money, so as to combat the infidel finance system he said was imposed on Muslims by the West.