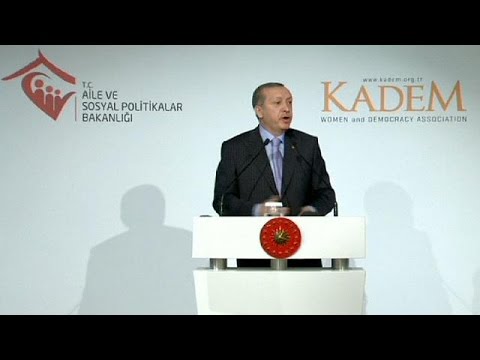 “The Turkish President has triggered fresh controversy, declaring in a speech that women are not equal to men.

Recep Tayyip Erdogan also criticised the feminist movement, claiming they do not accept or understand the concept of motherhood.

He spoke at a global justice and women’s summit in Istanbul.

An English translation of his speech at the event said: “You cannot make an equality between men and women; they are not equal. They are of a different nature. Their system is different. ”

Euronews: “Turkish President sparks row by saying women are not equal to men”