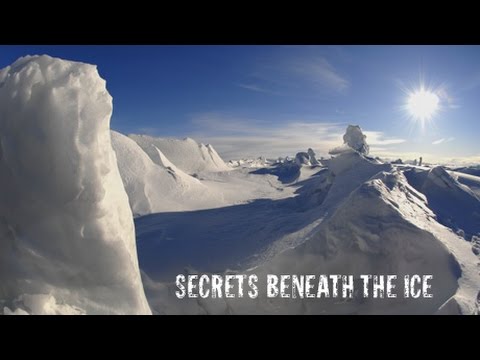 “Almost three miles of ice buries most of Antarctica, cloaking a continent half again as large as the United States. But when an Antarctic ice shelf the size of Manhattan collapsed in less than a month in 2002, it shocked scientists and raised the alarming possibility that Antarctica may be headed for a meltdown. Even a 10 percent loss of Antarctica’s ice would cause catastrophic flooding of coastal cities unlike any seen before in human history. What are the chances of a widespread melt? “Secrets Beneath the Ice” explores whether Antarctica’s climate past can offer clues to what may happen. NOVA follows a state-of-the-art expedition that is drilling three-quarters of a mile into the Antarctic seafloor. The drill is recovering rock cores that reveal intimate details of climate and fauna from a time in the distant past when the Earth was just a few degrees warmer than it is today. As researchers grapple with the harshest conditions on the planet, they discover astonishing new clues about Antarctica’s past—clues that carry ominous implications for coastal cities around the globe.”

NOVA | Secrets Beneath the Ice – PBS