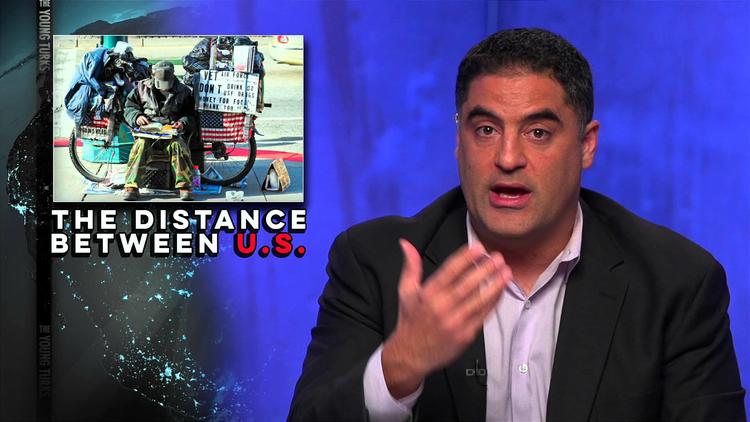 “”The wealthy are getting wealthier. As for everyone else, no such luck.

A report released on Wednesday by the Pew Research Center found that the wealth gap between the country’s top 20 percent of earners and the rest of America had stretched to its widest point in at least three decades.

Last year, the median net worth of upper-income families reached $639,400, nearly seven times as much of those in the middle, and nearly 70 times the level of those at the bottom of the income ladder.

There has been growing attention to the issue of income inequality, particularly the plight of those earning the federal minimum wage of $7.25 an hour or close to it.”* The Young Turks hosts Cenk Uygur breaks it down.”

The Young Turks: “This Wealth Gap Chart Is Absolutely Insane”