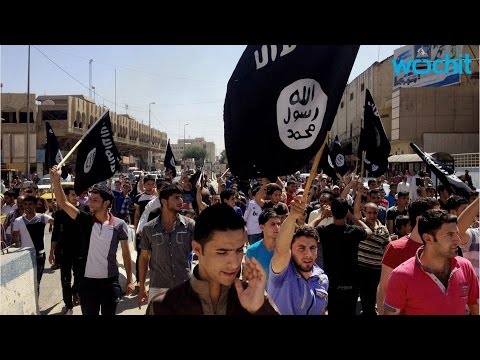 The US Pentagon is confirming that Iranian F-4 fighter jets have flown bombing missions against Daesh or the so-called ‘Islamic State Group’ in Iraq. They helped Iraqi Shiites take the town of Saadiya back from Daesh late last week. That town is in the ethnically and religiously mixed province of Diyala in the east of Iraq, which borders Iran. Iran wants no fanatical Sunnis bent on killing Shiites anywhere near its borders.

The news reminded me of the 1980s, when Saddam Hussein’s forces invaded Iran, and Iran fought back. Both countries deployed some air power against the other. Since both were oil states, they knew it was perilous to their economies to continue with these aerial bombardments, and both acted cautiously.

Now Iran has committed its old Vietnam War-era warplanes to the fight against Daesh (what most Arabs call the so-called Islamic State Group).

This action puts Iran firmly on the side of the West in the struggle against Daesh / Isil. The US, the UK, France and some other European countries along with Australia have been conducting missions against Daesh at the invitation of the Iraqi government.

In late August there was an instance of US-Iran de facto cooperation against Daesh, when US fighter jets gave close air support to a mixed group of fighters that included the Iraqi army, Shiite militiamen, Kurdish peshmerga or militiamen, and the Iranian Revolutionary Guards Corps. IRGC special forces commander, Qasim Sulaymani (jokingly called in Iran “Supermani”) was caught on video at Amerli. The US denied coordination, but it beggars belief that there was not some. This de facto alliance could bloom.

President Barack Obama wrote to Iranian Leader Ayatollah Ali Khamenei proposing cooperation against Daesh as a side bar to the negotiations over Iran’s civilian nuclear enrichment program. Although Khamenei initially rebuffed this American approach, and blames the US for the rise of Daesh, it is indisputable that on the issue of northern and western Iraq, the US and Iran have an alliance of convenience.

It also seems to me likely that there was behind the scenes coordination between Iran and the US in these air raids. The US would have to be reassured that the planes were friendlies, since the US controls the skies over Iraq and would be on the lookout against any enemy aircraft.

The US and Iran have the same enemy in Iraq– various forms of nationalism of an extremist sort. They are likely to end up recognizing that they are on the same side.

Wotchit: “Iran is Bombing ISIS in Iraq Without Talking to the U.S.”