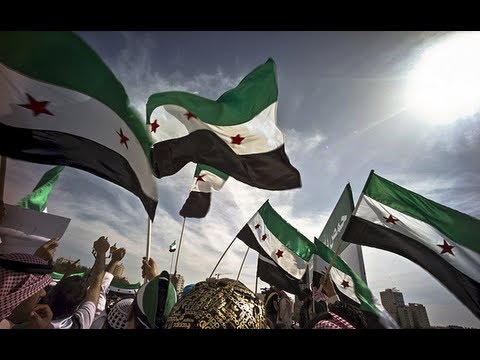 The Middle East, from North Africa to Afghanistan, has seen an unusual number of governments collapse in recent years. Libya, Iraq, Syria, and Yemen have abruptly become something akin to failed states, and masses overthrew dictators in Egypt and Tunisia. It is unclear how strong the Afghanistan state is, which was built by the US and NATO, but surely President Barack Obama is leaving 10,000 US troops there even after he declared the war over on Sunday because he is afraid that Afghanistan’s government and army might fall apart, as well.

Severe drought hit Afghanistan in the late 1990s and early 2000s, contributing to the turbulence of the country under and after the Taliban. The drought has recurred in recent years.

Heat exacerbates the effects of drought, so as climate scientist Michael Mann at Penn State argues against the NOAA study that did not find a climate explanation, “most inexplicably, they pay only the slightest lip service to the role of temperature in drought, focusing almost entirely on precipitation alone. This neglects the fact that California experienced record heat over the past year, and this certainly contributed to the unprecedented nature of the current drought.”

Climate change not only makes agricultural problems worse, it has a direct negative affect. When it is hot, people fight more.

Journalists and the American public have a tendency to fixate on powerful dictators, on cultural issues such as Islam, and on sub-nationalisms. But while it can’t by any means explain everything, they are neglecting the regional explanation that makes the most sense as at least a contributing cause. Climate.

Likewise, Syria was gripped by a severe drought 2004-2011. The frequency and severity of Syria’s droughts have increased dramatically, pointing to climate change as one culprit. When farmers don’t have enough water, they are forced off their farms, becoming day laborers and construction workers in cities. But if there also aren’t any jobs in the cities, the displaced farmers become angry and disappointed, and begin protesting, or even packing heat.

The water shortages in Yemen are a well known problem. Libya, as well, suffers from declining aquifers and from poor rainfall on its formerly lucrative coastal lands.

The climate problems in the Middle East will only get worse over the next 50 years. And this is already pretty bad.