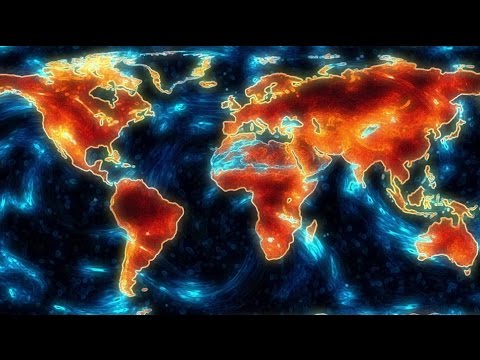 “The eastern coast of the United States– from the Gulf of Mexico to New England — has one of the highest rates of sea level rise in the world. As a result of climate change, 5 to 11 inches of sea level rise is expected by 2045 leaving communities like Norfolk, Virginia, Miami Beach and Fort Lauderdale, Florida and Annapolis, Maryland essentially inundated. Dr. Brenda Ekwurzel of the Union of Concerned Scientists speaks to Earth Focus about what’s at stake for major U.S. coastal cities and local communities and the choices they need to make to adapt to this imminent threat.”

Link TV: “Encroaching Tides: What’s at Stake for the US”

“Using a mid-range scenario for future sea level rise, we find that, by 2030, more than half of the 52 communities we analyzed on the East and Gulf Coasts can expect to average more than two dozen tidal floods per year. Importantly, the rise in the frequency of tidal flooding represents an extremely steep increase for many of these communities. In the next 15 years alone, two-thirds of these communities could see a tripling or more in the number of high-tide floods each year. The mid-Atlantic coast is expected to see some of the greatest increases in flood frequency. Because many communities are already coping with tidal floods, a tripling in their frequency means that, by 2030, such floods could occur more than once a week…

Because communities are already coping with tidal floods, a tripling in their frequency means that, by 2030, such floods could occur more than once a week. Places such as Annapolis, MD, and Washington, DC, for example, can expect more than 150 tidal floods a year, on average, and several locations in New Jersey could see 80 tidal floods or more. By 2045—within the lifetime of a 30-year mortgage— many coastal communities are expected to see roughly one foot of sea level rise.”