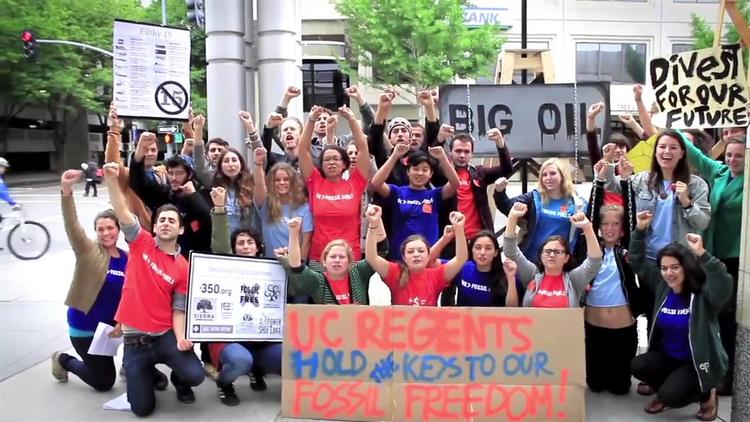 By John Quiggin, The University of Queensland

The controversy ignited by the Australian National University in October, when it decided to sell its shares in seven resources companies, has raised two important questions about divestment from assets such as fossil fuels.

The first is whether divestment is an economically prudent choice, and the second is whether there is anything special about universities that helps to inform their decision.

Any portfolio investment is a bet on the prospects of the company and industry in which the money is invested. For the bet to pay off, the company must do well relative to its competitors but, more importantly, the industry as a whole must also prosper.

So an investment in companies whose primary asset is ownership of fossil fuel reserves is a bet that those reserves will be extracted and sold at a price that exceeds the cost of production.

Extracting and burning the currently known reserves of coal, oil and gas using current technologies would result in catastrophic climate change, probably in excess of 4C of warming. This change would see massive species extinction and the destruction or radical transformation of all natural ecosystems and many vulnerable societies. Coral reefs, island and coastal communities, and localised ways of life would all disappear.

Yet investors might still be willing to bet on such an outcome in the hope either that it would be delayed beyond their lifetime or that they and their descendants might be able to insulate themselves from the consequences by somehow radically divorcing themselves from the natural world. More immediately, the high discount rates typical of financial markets mean that ordinary investment decisions typically take little account of the future beyond the next 50 years anyway. At a discount rate of 6%, it’s not deemed to be worth spending a dollar now to avoid the loss of $15 in 50 years’ time.

This brings us to our second question – do universities necessarily take a longer view? In some respects, the principles of investment appropriate to universities are similar to those for investors in general. They generally want to hold a diversified portfolio to achieve an optimal balance of risk and return.

As will be argued below, the case for divesting from fossil fuel assets is strong for everyone. The long-term perspective natural for universities makes it overwhelming.

One path to a sustainable future is a fairly rapid transition to an energy system based on non-carbon technologies, such as wind, solar panels and, perhaps, nuclear energy (although this option is receding in many countries, China being the main exception).

Standard analyses suggest that such a transition would have to be largely completed by 2050. In the transition process, a good deal of carbon would be left in the ground, thus becoming stranded assets.

A good deal of carbon would still be burned: standard estimates suggest a remaining budget of just under 500 billion tonnes of carbon dioxide emissions, if the global goal of 2C warming is to be met with 50% probability.

It might seem, therefore, that investments in low-cost, high-quality fossil fuel assets might still be profitable, as these would still be extracted and sold.

However, this analysis fails to take account of prices.

If most fossil fuels are to be left in the ground, the price paid for those fuels (net of carbon taxes or similar charges) must be lower than the cost of extracting them. This in turn means that the price for those resources that are used will be barely sufficient to cover the cost of extraction, with little or nothing left as a return to the asset owners.

To spell out the logic, consider the decline in thermal coal prices over the past four years, from US$140 per tonne to US$70. At this price, most new coal projects are uneconomic, and many existing mines are not covering their extraction, transport and shipping costs. (Australian mines are hanging on because they are committed to pay transport costs anyway, under their take or pay contracts). If low prices are sustained, investments in these projects will be lost.

Mines with lower production costs, say US$40 a tonne, will stay in business. But at this cost the return per tonne of coal, which would have been US$100 four years ago, has now fallen to US$30. So while the price of coal has fallen by half, the value of the coal reserves has fallen (in this example) by 70%.

The other suggested path to a sustainable future is carbon capture and sequestration (or carbon capture and storage, or CCS). This requires that carbon dioxide be captured at the point of combustion, then compressed and transported for permanent storage either underground or in some form of biomass.

In the early 2000s, CCS was widely seen as the most promising technological option for mitigating carbon dioxide emissions. The G8 (the predecessor of the G20) committed to an ambitious program in 2008, proposing at least 19 projects by 2020.

CCS was a particularly attractive bet for Australia, as it would maintain the value of our large reserves of coal. Reasonably enough, the Australian government spent more than A$2 billion on it, and planned to spend even more. The coal industry also committed large sums to research.

Very little is left of this today. Internationally, only a single large-scale CCS plant is in operation, and many projects have been cancelled or suspended. In Australia, the publicly funded research program is being wound down and the coal industry has frozen its contributions to the task.

Even optimistic assessments such as that presented by CSIRO note that current carbon capture technology involves the loss of as much as 30% of the energy generated.

The asset value, net of extraction costs, is reduced even further. A 30% reduction on current coal prices would render even the most easily extracted resources almost worthless. And this is all academic anyway, because there is no large-scale sequestration technology available for the foreseeable future.

Leaving aside the ethics of divestment and pursuing a purely rational economic analysis, the cold hard numbers of putting money into fossil fuels don’t look good.

Unless universities are willing to bet on the destruction of the planet they have committed themselves to understanding and preserving, divestment from fossil fuels is the only choice they can make. Forward-thinking investors of all kinds would be wise to follow suit.

John Quiggin is active in the movement for divestment at the University of Queensland.