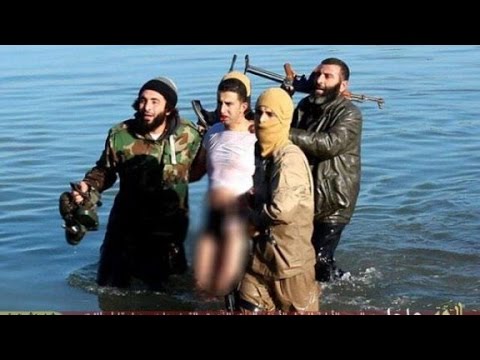 Last week’s victory over the extremist Islamic State group in the Sinjar area has had a significant effect on the extremist-controlled city of Mosul. Foreign fighters have left, the city is flooded with refugees and supply routes are cut off. Locals are afraid of what comes next.

Extremist fighters from the group known as the Islamic State left the Sinjar area the same way they came in during August this year: without any real fighting or pitched battles.

“I feel as if I’m watching the same thing I saw five months ago,” says Maizar al-Shammari, standing in front of his house, which is on the road into Sinjar, watching Iraqi Kurdish troops move forward. “At that time the Peshmerga [Iraqi Kurdish forces] withdrew without a fight. Today the Islamic State group is doing the same thing. It’s as if they just decided to swap roles,” he says.

Ever since the Iraqi Kurdish military began to fight with the Islamic State, or IS, group, Sinjar has been an important piece of terrain for all comers in the conflict. For the IS group it involves a major supply route. For the Iraqi Kurdish the Sinjar region holds a lot of what is described as disputed territory – that is, land that is supposedly part of Iraq proper but which the Iraqi Kurdish believe should belong to their semi-autonomous zone. So the Iraqi Kurdish consider it their land, most likely they would like to take it over by default as has happened in other disputed territory here and they also believe that the Yazidi, an ethno-religious group, that live in Sinnjar are directly related to them, as Kurds.

Meanwhile the international coalition that is fighting against the IS group, mostly by airstrikes, sees the Sinjar area as having strategic importance; if blocked, the potential is there to separate the IS group in Iraq from the IS group in Syria.

Additionally liberating this area from IS fighters would allow safe passage to the many Yazidis who were still trapped in the area. The issue has made major headlines around the world and involved many humanitarian agencies.

One of the best local descriptions of the relationship between Sinjar and Mosul is this one: when Sinjar’s nose is hit, tears run from Mosul’s eyes. Although events are still comparatively distant from Mosul, it’s one of the first times since the start of this security crisis that the city has been this influenced by attacks on the IS group.

Last week Iraqi Kurdish military moved swiftly through the Sinjar area, covering a lot of distance within 24 hours, supported by some of the deadliest air strikes the region has yet seen.

Following the IS group’s defeat, the western entrance to Mosul became crowded with displaced people coming from the areas of Tal Afar and Ayadiya where Iraqis of the Turkmen ethnicity dominate the population. It has been reported previously that many of the Turkmen who are also Sunni Muslim may well support the IS group, who are Sunni Muslim extremists. The Turkmen making their way into Mosul were afraid of reprisals from anyone who thought they had sided with the IS group and they were also afraid of being targeted by heavy aerial bombardment, no matter whose side they might be on. Anyone who remained in those areas under the IS group’s control has often been accused of being an ally.

But the newly displaced people entering Mosul are an additional burden that the city is unlikely to be able to bear for very long – especially if the roads down which supplies usually come are now closed.

The irony did not escape one local, Laith Hathim, as he stood and watched the newly minted refugees make their way into Mosul. “A few months ago we wanted to escape to their towns. Now they’re seeking shelter in ours,” he remarked.

The potential road block for supplies had an almost immediate effect with a huge number of locals heading to markets to stock up on basic food items. There’s already a fuel crisis in Mosul and now it seems it will only get worse, if there is no other fuel coming in from the Syrian side.

“I’m bored of getting ready for the next crisis,” Hathim told NIQASH. “I wish this was the last time I had to worry about hunger and bombs.” Which is why at first Hathim said he didn’t want to go shopping with all the other people. But when he saw that all his neighbours were also heading to the stores for stocks, he changed his mind.

What the people of Mosul now fear most is aerial bombardment of their own city. The memory of the haphazard aerial bombardment carried out by the Iraqi army is still fresh in their minds and they worry the same thing might happen again. Some of them are trying to find places where they might be able to shelter if it comes to this.

While it is true that at the beginning locals in Mosul welcomed the IS group as liberators, now they cannot leave even if they want to. All the roads into Iraqi Kurdistan and toward Baghdad are closed and now the road toward Syria is also blocked. Additionally the IS group is not allowing locals to leave for any length of time and many locals suspect that they will take human shields if they get any deeper into trouble.

In fact there were many locals in Mosul who had been planning to work with people smugglers, paying these to take them into Turkey through Syria illegally. But now even this dangerous adventure cannot be undertaken.

In the city of Mosul itself it seems as though the IS group is at a loss. Members of the IS group are still on the city’s streets but most of the foreign fighters appear to have gone. The ones left on the streets tend to be younger, local fighters some of whom don’t even seem to be 25 yet.

Some of the fighters on the streets admit that they’ve been forced to withdraw from Sinjar but only very quietly.

“For the first time you can sense the feelings of fear and frustration in the IS group’s fighters,” one Mosul doctor, who had been seeing IS casualties come in, told NIQASH; he had to remain anonymous for security reasons. “As the number of dead and wounded from among their ranks increases, they look more and more like they’ve lost confidence in their leadership.”

After the defeat of the IS group in Sinjar, most other locals have been left wondering who might rule the city in the near future. Some say they believe that the IS group will simply withdraw from the city without fighting any heated battles. But others dismiss them, saying this is nothing but the daydream of people who long for some peace.