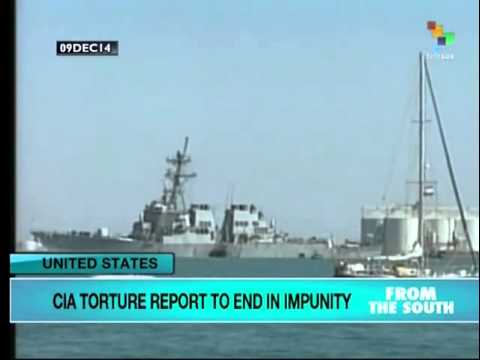 From black sites to #BlackLivesMatter, it’s time to end impunity for criminals with badges.

Washington promised that, after years of stonewalling by the CIA and White House transcending both of the major political parties, we would finally learn some glimmers of truth when the Senate released a heavily redacted summary of its historic 6,000-page report on CIA torture crimes.

The timing could not be more poignant. The report was released on the eve of Human Rights Day, and in the wake of an ongoing, diverse, and energetic national grassroots movement for police accountability.

This week, on Human Rights Day, people in a dozen U.S. cities will take action to connect these abuses. We insist on nothing more than justice for all, including public servants.

A problem with many faces

CIA torturers and police officers who murder innocent unarmed Americans share one thing in common: impunity for violent crimes that violate global human rights commitments. The impunity they share reveals systems of separate — and unequal — justice across the United States.

Communities responding to impunity for police murders in Ferguson, New York City, and elsewhere across the country seek goals including federal laws to end racial profiling. Incidentally, body cameras are not a solution. They will neither ensure accountability for discrete cases — remember Eric Garner? — nor will they offer even transparency for abusive patterns & practices.

At root, we seek accountability for the arbitrary use of force.

Police violence in our communities is one example. CIA torture, or the Agency’s documented assassination of U.S. citizens (even their children) without trial, is another.

The Senate’s report revealed previously secret details about human rights abuses committed in our names — and with our resources — vastly beyond the little known to this point.

Crimes, whoever commits them

It confirmed, for example, that CIA personnel violated even the illegally permissive limits contrived by the Bush-era Justice Department to enable torture. In other words, the report confirmed that CIA officials broke the law. That’s why it was secret so long.

The illegality of torture is obvious to anyone who recalls the Second World War, when our nation waged a sustained global struggle before sending a Supreme Court Justice to establish the legal precedent that torture is a crime: full stop, with no exceptions.

But the only CIA official to ever face justice related to torture, John Kiriakou, was one who tried to blow the whistle.

Failing to indict murderers because they wear a badge is no different than covering up details of torture by government secret agents. In both cases, our system turns a blind eye to crimes by officials — even violent crimes that offend our species’ most fundamental commitments.

Justice in America: Protecting the powerful

In both St. Louis and New York, grand juries swayed by prosecutors masquerading as defense attorneys failed to even indict killer cops — including one caught on videotape, suggesting that proposals for body cameras are a red herring.

Similarly, the CIA’s ongoing history of lies, destruction of evidence, and even espionage against the people’s representatives has allowed grave crimes to go unpunished.

Despite their explicitness, legal prohibitions on torture, or police murdering innocents (or for that matter, our rights once guaranteed under the First and Fourth Amendments to the U.S. Constitution) have been reduced in reality to mere legal formalisms ignored in practice.

Over the past few weeks, I’ve helped peacefully seize shopping malls in St. Louis, occupy Union Station in Washington, DC, and block highways and major intersections because, as a lawyer, I swore an oath to “support the Constitution and laws of the United States.” Senators also swear a similar oath, but violate it every time they decide to “look forwards, not backwards” to ignore official crimes.

I also helped deliver a quarter million petitions to retiring Senator Mark Udall (D-CO), whose seat on the Intelligence Committee has given him a chance to read the secret report and grow outraged by its findings.

When the rest of us come to understand just how far torture extended, we should remember that “power concedes nothing without a demand” and make our voices heard.

Shahid Buttar is a civil rights lawyer and the executive director of the Bill of Rights Defense Committee.

Mirrored from Foreign Policy in Focus via Daily Kos
——

TeleSur English: “Release of CIA torture report ends in impunity in US”