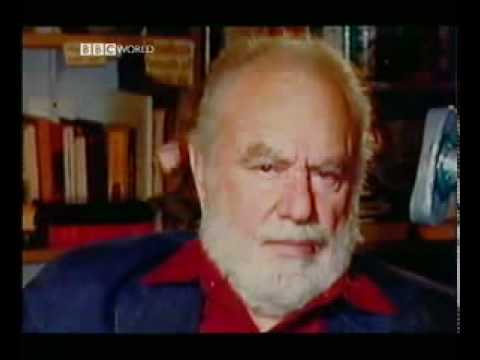 The United Nations General Assembly (where all 193 countries in the world get a vote) has almost unanimously demanded that Israel give up its nuclear weapons and cooperate with making the Middle East a nuclear-free zone. The only dissenters were Israel and the United States, along with three small South Pacific islands that always vote with the US, presumably in order to receive foreign aid. Some 161 countries voted for the measure.

The US complained that the resolution singled out one country for opprobrium but this allegation is frankly dishonest.

First of all, you can’t complain about singling out a country that is alone in flouting UNGA directives on nuclear non-proliferation in the Middle East. Israel is the only country in the Middle East with a stockpile of nuclear warheads (several hundred). No other country in the region has so much as a proven military nuclear program. (Iran, often accused of wanting a nuclear bomb, has never been found by inspectors to have miiitarized its civilian enrichment program, and former Israel defense minister Ehud Barak admitted it publicly). Egypt brought the resolution because it is made insecure by Israel’s bombs. Current Israeli Foreign Minister Avigdor Lieberman once suggested blowing up the Aswan Dam and washing all Egyptians into the Mediterranean. With crazy people like that in the Israeli government, Egypt is right to be concerned about them having their finger on the nuclear trigger.

Saying Israel has been ‘singled out’ here is like saying Federal prosecutors ‘singled out’ fraudster Bernie Madoff for prosecution over his investment pyramid scam. Rather, they just prosecuted the one major financier known to have committed billions of dollars in fraud. It wasn’t like there were a lot of Bernie Madoffs, though there certainly were a lot of other kinds of shenanigans on Wall Street.

Moreover, it was a busy UNGA session, and if anyone bothered actually to look at their votes that day, you would find the UNGA also reprimanded Syria for having chemical weapons (though most of these have been destroyed via Russian mediation) and also asked Pakistan and India to give up their nukes.

So actually Israel wasn’t singled out at all, but is just in the same category in this regard (having weapons of mass destruction) as Syria, Pakistan and India.

Israel’s nuclear arsenal was acquired with British, French and American connivance, and some of the components for it were illegally smuggled out of the US by Zionist secret agents.

Tel Aviv’s stockpile of nuclear bombs has been a deeply destabilizing factor in the Middle East. Its existence certainly impelled Iraq to try to develop its own nuclear bomb (though it never got very far). Since Iraq’s attempt in this regard was made the basis for the Bush administration to launch its 2003 war on Iraq and to occupy the country, it is not too much to conclude that Israel’s nuclear weapons are indirectly what mired the US in a fruitless 8-year war in the Middle East.

Iran is suffering from very severe international and American economic sanctions, which amount to a financial blockade (a kind of declaration of war) on the country, devastating its middle class. The reason for this attempt to de-industrialize Iran and make its people povery-stricken is the unproven allegation that Iran is violating the Nuclear Non-Proliferation Treaty and its additional protocol.

But Iran’s supreme theocrat has given numerous oral fatwas against making, stockpiling or deploying nuclear weapons, and UN inspectors have been allowed into Iran’s nuclear enrichment facilities and never found any evidence of attempted weaponization.

So Israelis are allowed to get rich and given sweetheart trade deals with the US (they even still get direct civilian aid, which is to say they are Welfare Queens on a massive scale), even though they have actually done what Iran is only vaguely suspected of maybe one day wanting to do. They don’t suffer sanctions the way the Iranians do, over the imaginary Iranian nukes, while they have real ones!

The unfair policies of the US in this regard has driven the arms race in the Middle East. Israel is a serial violator of its neighbors’ sovereignty and keeps launching wars on them, confident in the advantage its nuclear stockpile gives it. I am against nuclear proliferation, but anyone could understand why Iraq felt like it needed a nuclear counter weight to Israel. Those Iranian hawks who want a nuclear bomb want it in some important part because they know of Israel’s stockpile.

There will never be any real stability in the Middle East until Israel complies with the UNGA resolution. Apologists who point out that the Middle East has lots of problems not caused by Israel are being dishonest. The point is that Israeli policies themselves do cause a lot of problems.