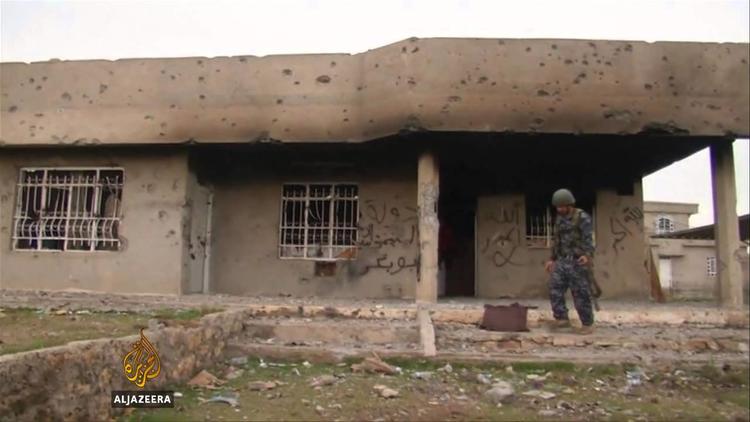 The pan-Arab London daily, Al-Hayat [Life] reports that the Iraqi Kurdistan paramilitary, the Peshmerga, have taken Mt. Sinjar from Daesh (what Arabs call ISIL or ISIS). They have therefore saved several thousand members of the Yezidi (Izadi) Kurdish religious minority, who have been besieged and sometimes enslaved or massacred in the thousands by Daesh fighters, in an Iraqi humanitarian catastrophe (see this recent posting at Informed Comment). Its author, Patrick Ball, wrote, “Most Yezidis are native Kurdish speakers, while others speak Arabic, and many speak both languages. They practice an ancient religion known as Yazidism, which is neither Christian nor Muslim. They have struggled for centuries against pressure from their neighbors to convert to Islam.”

The Sinjar campaign began last Wednesday, and has benefited from extensive bombing and close air support for the Peshmerga (literally ‘one who stands before death’). Yezidi Kurds chanted in favor of the Kurdistan Democratic Party of Kurdistan President Massoud Barzani. Peshmerga sources said that having taken the area of Mt. Sinjar, they expect momentarily to clear completely the Daesh from the town of Sinjar.

Alarabiya is reporting that Peshmerga convoys are already in downtown Sinjar (the city).

The flag of Kurdistan now waves over Mt.Sinjar. It remains to be seen if this means Kurdistan has annexed the far north of Iraq’s Ninewah Province, which abuts the Kurdish area of Syria. Keeping Sinjar may also be a logistical challenge, since it is three hours drive from the Kurdistan capital of Erbil, but much closer and more accessible to Mosul, which allied with Daesh on June 9 to expel the Shiite Iraqi government. Iraq’s parts– Kurdistan and “Sunni Arabistan” are now at war with one another, and territory is changing hands. The contested province of Kirkuk, claimed both by Kurds and Arabs, has fallen to the Kurds since the Iraqi army ran away from it, and it appears unlikely that the Kurds will relinquish it.

Thirty-two trucks full of food and other aid arrived at Mt. Sinjar on Saturday from Iraqi Kurdistan.

Yezidi fighter Hasso Mishko Hasso explained that the people of Sinjar have been under siege for three months, and lived on raw flour and barley.

The radical fundamentalist Daesh defenders in the town of Sinjar are said by Yezidi Kurds to lack heavy weaponry, having only sniping and suicide bombing for tactics.

The Peshmerga now plan to liberate Talafar from Daesh.