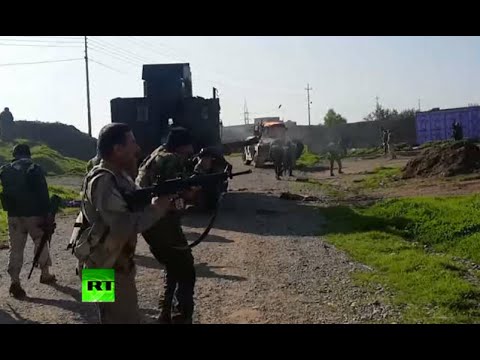 Al-Mada newspaper in Baghdad had an interesting article in the aftermath of the fall of Shinjar to the Iraqi Kurdistan Peshmerga. The piece argued that the Peshmerga (Kurdistan’s paramilitary, meaning ‘one who stands before death’) have now effectively cut of the supply lines between Raqqa in Syria and Mosul in Iraq for Daesh (what Arabs call ISIS or ISIL). Daesh was originally al-Qaeda in Mesopotamia and then the ‘Islamic State of Iraq’ but went over to Syria after the revolution broke out there in 2011, and gradually took over the northeastern Syrian province of Raqqa as its base, and it was from there that they came back into Iraq and provided a framework for the Mosul uprising of June 9, 2014 against the Iraqi government.

Historians refer to polities that exist on both sides of a mountain range, united by passes, as a “saddlebag empire.” These were common in South Asia, where southern Afghanistan and Punjab were often part of the same kingdom despite the barrier of the Hindu Kush mountains. What I have called the ‘neo-Zangid’ state of the Daesh unites the area from Aleppo to Damascus, across Mt. Shinjar , just as had the medieval ruler `Imad al-Din Zangi. It is a sort of contemporary saddlebag empire.

But now not only have the Peshmerga taken the Mt. Shinjar area away from Daesh, helping rescue the besieged Yezidis but they have at the same time cut the supply routes between the terrorist group’s Syrian capital, Raqqa, and its Iraqi power base, Mosul. If you take shears to a saddlebag, it can’t straddle the horse’s back any more and will fall down.

The al-Mada article goes on to say that the the Peshmerga do not want to go on to take Talafar, 56 km west of Mosul, because it is a largely Turkmen town. Turkmen, who speak a language closely related to that of Turkey, have some conflicts with the Kurds, especially over the province of Kirkuk, and a Kurdish advance into a Turkmen city would be awkward. The Kurds will therefore wait until a united military campaign, including the Iraqi army, can be launched.

Nevertheless, the article says, by taking the western elevated areas, they have managed to isolate Mosul from Syria. Arab forces in Ninewah who oppose Daesh also affirmed that Raqqa cannot at the moment resupply Mosul, and they said they thought this change would be decisive for the coming liberation of Mosul.

Massoud Barzani, the leader of Iraqi Kurdistan, termed the advance into Mt. Shinjar “a historic epic”, adding that the Peshmerga would continue to fight until the last inch of Kurdish territory under Daesh control was liberated.

Barzani continued that Kurdistan “is ready to discuss supporting and helping the national unity government to regain Mosul, on condition that it has a clear strategy and war plan for the attack.”

He said that the Peshmerga had cut the two Daesh supply routes from Syria to Mosul, Rabi`at Shinjar and zummar Shinjar.

A Peshmerga commander said that the paramilitary had conquered 70% of Shinjar District, and that 20 Daesh fighters surrendered at Sununi near Shinjar.

The political danger here is that Sunni Arabs view the Peshmerga advance as an attempt by Kurdistan to annex part of mostly Sunni Arab Ninewah province. Going forward, ethnic sensitivities will play a larger role. For the Peshmerga to help liberate Mt. Shinjar’s Kurds is not controversial.