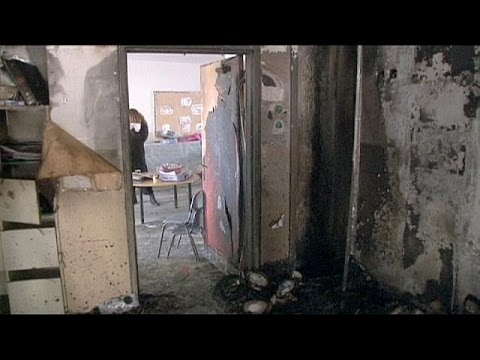 “An integrated Jewish-Arab school in Jerusalem has been vandalised by suspected Jewish extremists who set fire to a classroom.

It happened late on Saturday at the Hand-in-Hand school where Palestinian and Israeli children study together in Arabic and Hebrew.

“Death to Arabs” read part of the graffiti scrawled on walls.

“Whoever hurts this type of coexistence no longer only hurts Arabs but Jews as well, hurts an idea and an ideal that has existed for 15 years”, said Hatem Matar “