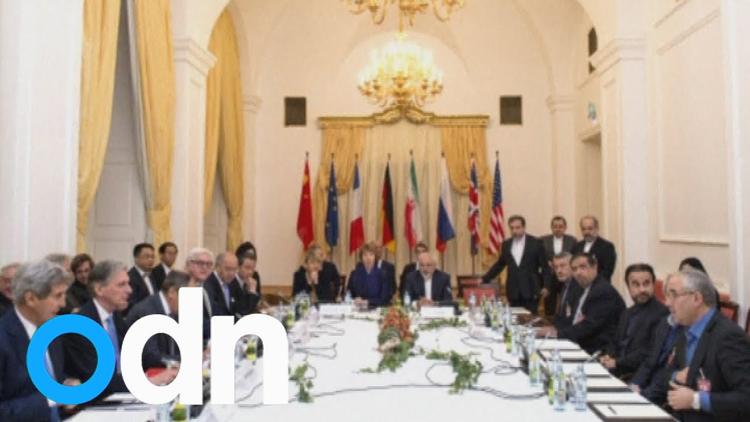 A top adviser to Iranian Supreme Leader Ayatollah Ali Khamenei has called for an end to domestic criticism of Tehran’s nuclear negotiations with major world powers.

Former Foreign Minister Ali Akbar Velayati, who advises Khamenei on international affairs, said on November 30 that since the supreme leader has endorsed an extension of the talks for several months, people should stop their criticism.

Velayati noted that Khamenei’s “commands” are the final word in Iran.

He added that “after [Khamenei] said he agrees with the talks and their extension, no comment should be made against the negotiations.”

The comments appear to be part of efforts by the Iranian establishment to rein in hard-line critics of the extension of the nuclear negotiations that was announced on November 24 following talks between six world powers — the United States, Britain, France, Russia, China, and Germany — and Iran in Vienna.

Khamenei expressed support on November 27 for the seven-month extension of the talks — aimed at relieving Iran of international sanctions in exchange for a curbing of Tehran’s controversial nuclear program.

The Iranian leader also expressed support for Iran’s nuclear negotiators and said that they had been firm and had not given in to pressure by the international community.

The comments marked Khamenei’s public endorsement of the extension of the nuclear talks.

Iranian hard-liners have criticized the extension of the talks, saying that a year of talks has failed to remove the harsh economic sanctions on Iran.

Hard-line dailies, including “Vatan-e Emrouz,” suggested that the negotiations led by Foreign Minister Mohammad Javad Zarif have not achieved anything for Iran.

There was also some criticism by lawmakers that came despite an earlier campaign by authorities aimed at controlling hard-line media critical of the handling of the nuclear dossier by President Hassan Rohani.

During the summer, two officials affiliated with the armed forces publicly warned the media not to undermine Rohani.

The warning followed criticism by hard-liners who have accused Rohani and his team of making too many concessions in the nuclear negotiations.

On November 29, Foreign Minister Zarif briefed the conservative-dominated parliament on the nuclear talks and the extension of the negotiations behind closed doors.

Lawmaker Vahid Ahmadi said most of the questions Zarif was asked at the meeting focused on concessions made by Iran to the West and also those given by the so called P5+1 to Iran during their negotiations.

Javad Karim Ghodousi, a member of the parliament’s National Security Committee, said Zarif had offered only generalities and did not go into details of the negotiations.

Ghodousi said the briefing was not useful for the lawmakers and that they still have many concerns.

Another lawmaker, who did not want to be named, told the semiofficial Mehr news agency that after being briefed by Zarif lawmakers had thanked the nuclear negotiators for their efforts.

Velayati said the nuclear negotiators should be praised for their work and for obeying Khamenei.

He said “our nuclear negotiating team has so far respected all the red lines set by the supreme leader, they’ve worked hard and their efforts should be appreciated.”

ODN: “Iran nuclear talks extended until July: ‘There are other steps to take'”