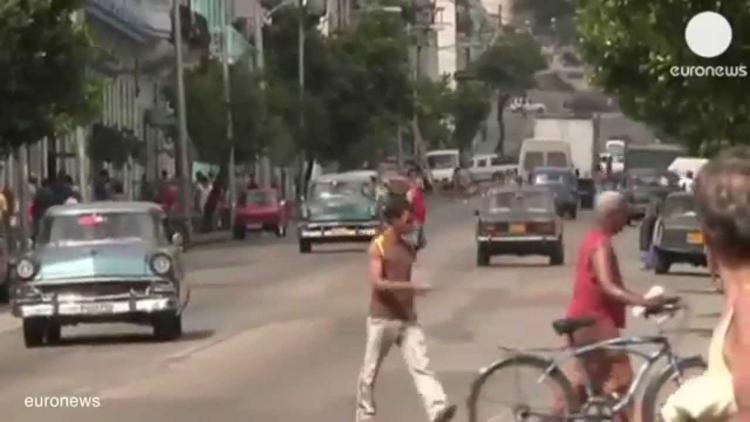 In this column, Robert F. Kennedy – son of Robert F. (Bobby) Kennedy and nephew of President John F. Kennedy – looks behind the U.S. embargo against Cuba which, he argues, has been a “monumental failure” and is loaded with powerful ironies that make the United States look hypocritical to the rest of the world.

WHITE PLAINS, New York, Dec 30 2014 (IPS) – Earlier this month, President Barack Obama announced the restoration of diplomatic relations with Cuba after more than five decades of a misguided policy which my uncle, John F. Kennedy, and my father, Robert F. Kennedy, had been responsible for enforcing after the U.S. embargo against the country was first implemented in October 1960 by the Eisenhower administration.

The move has raised hopes in many quarters – not only in the United States but around the world – that the embargo itself is now destined to disappear.

This does not detract from the fact that Cuba is still a dictatorship. The Cuban government restricts basic freedoms like the freedoms of speech and assembly, and it owns the media.

Elections, as in most old-school Communist countries, offer limited options and, during periodic crackdowns, the Cuban government fills Cuban jails with political prisoners.

However, there are real tyrants in the world with whom the United States has become a close ally and many governments with much worse human rights records than Cuba – Azerbaijan, for example, whose president Ilham Aliyev boils his opponents in oil, Saudi Arabia, Jordan, China, Bahrain, Tajikistan, Uzbekistan and many others where torture, enforced disappearances, religious intolerance, suppression of speech and assembly, mediaeval oppression of women, sham elections and non-judicial executions are all government practices.

Despite its poverty, Cuba has managed some impressive accomplishments. Cuba’s government boasts the highest literacy rates for its population of any nation in the hemisphere. Cuba claims its citizens enjoy universal access to health care and more doctors per capita than any other nation in the Americas. Cuba’s doctors, reportedly, have high quality medical training.

“It seems stupid to pursue a U.S. foreign policy by repeating a strategy that has proved a monumental failure for six decades. The definition of insanity is repeating the same action over and over, and expecting different results. In this sense, the [Cuba] embargo is insane”

Unlike other Caribbean islands where poverty means starvation, all Cubans receive a monthly food ration book that provides for their basic necessities.

Even Cuban government officials admit that the economy is smothered by the inefficiencies of Marxism, although they also argue that the principal cause of the island’s economic woes is the strangling impact of the 60-year-old trade embargo – and it is clear to everyone that the embargo first implemented during the Eisenhower administration in October 1960 unfairly punishes ordinary Cubans.

The embargo impedes economic development by making virtually every commodity and every species of equipment both astronomically expensive and difficult to obtain.

Worst of all, instead of punishing the regime for its human rights restrictions, the embargo has fortified the dictatorship by justifying oppression. It provides every Cuban with visible evidence of the bogeyman that every dictator requires – an outside enemy to justify an authoritarian national security state.

The embargo has also given Cuban leaders a plausible monster on which to blame Cuba’s poverty by lending credence to their argument that the United States, not Marxism, has caused the island’s economic distress.

The embargo has almost certainly helped keep the Castro brothers [Fidel and Raul] in power for the last five decades.

It has justified the Cuban government’s oppressive measures against political dissent in the same way that U.S. national security concerns have been used by some U.S. politicians to justify incursions against our bill of rights, including the constitutional rights to jury trial, habeas corpus, effective counsel and freedom from unwarranted search and seizure, eavesdropping, cruel and unusual punishment, torturing of prisoners, extraordinary renditions and the freedom to travel, to name just a few.

Imagine a U.S. president faced, as Castro was, with over 400 assassination attempts, thousands of episodes of foreign-sponsored sabotage directed at our nation’s people, factories and bridges, a foreign-sponsored invasion and fifty years of economic warfare that has effectively deprived our citizens of basic necessities and strangled our economy.

The Cuban leadership has pointed to the embargo with abundant justification as the reason for economic deprivation in Cuba.

The embargo allows the regime to portray the United States as a bully and itself as the personification of courage, standing up to threats, intimidation and economic warfare by history’s greatest military superpower.

It perpetually reminds the proud Cuban people that our powerful nation, which has staged invasions of their island and plotted for decades to assassinate their leaders and sabotaged their industry, continues an aggressive campaign to ruin their economy.

Perhaps the best argument for lifting the embargo is that it does not work. Our 60-plus year embargo against Cuba is the longest in history and yet the Castro regime has remained in power during its entire duration.

Instead of lifting the embargo, different U.S. administrations, including the Kennedy administration, have strengthened it without result. It seems silly to pursue a U.S. foreign policy by repeating a strategy that has proved a monumental failure for six decades. The definition of insanity is repeating the same action over and over expecting different results. In this sense, the embargo is insane.

The embargo clearly discredits U.S. foreign policy, not only across Latin America, but also with Europe and other regions.

One reason that it diminishes our global prestige and moral authority is that the entire embargo enterprise only emphasises our distorted relationship with Cuba. That relationship is historically freighted with powerful ironies that make the United States look hypocritical to the rest of the world.

Most recently, while we fault Cuba for jailing and mistreating political prisoners, we have simultaneously been subjecting prisoners, many of them innocent by the Pentagon’s own admission, to torture – including waterboarding and illegal detention and imprisonment without trial in Cuban prison cells in Guantanamo Bay.

While we blame Cuba for not allowing its citizens to travel freely to the United States, we restrict our own citizens from traveling freely to Cuba. In that sense, the embargo seems particularly anti-American. Why does my passport say that I can’t visit Cuba? Why can’t I go where I want to go?

I have been a fortunate American. I have been able to visit Cuba and that was a wonderful education because it gave me the opportunity to see Communism with all its warts and faults up close. Why doesn’t our government trust Americans to see for themselves the ravages of dictatorship?

Had President Kennedy survived to a second administration, the embargo would have been lifted half a century ago.

President Kennedy told Castro, through intermediaries, that the United States would end the embargo when Cuba stopped exporting violent revolutionists to Latin America’s Alliance for Progress nations – a policy that mainly ended with Che Guevara’s death in 1967 and when Castro stopped allowing the Soviets to use the island as a base for the expansion of Soviet power in the hemisphere.

Well, the Soviets have been gone since 1991 – more than 20 years ago – but the U.S.-led embargo continues to choke Cuba’s economy. If the objective of our foreign policy in Cuba is to promote freedom for its subdued citizens, we should be opening ourselves up to them, not shutting them out.

We have so much to learn from Cuba – from its successes in some areas and failures in others.

As I walked through the streets of Havana, Model-Ts chugged by, Che’s soaring effigy hung in wrought iron above the street, and a bronze statue of Abraham Lincoln stood in a garden on a tree-lined avenue.

I could feel the weight of sixty years of Cuban history, a history so deeply intertwined with that of my own country.