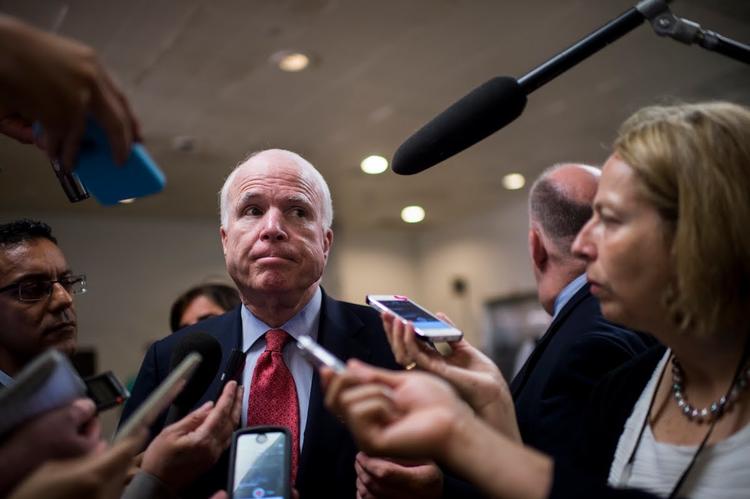 Candidate for the best American speech of this decade:

“As the Senate Intelligence Committee’s CIA torture report roiled Capitol Hill Tuesday, Sen. John McCain framed the argument as one of moral clarity, all the while bumping up against his party leaders.

“I rise in support of the release, the long-delayed release of the Senate Intelligence Committee’s summarized, unclassified review of the so-called enhanced interrogation techniques that were employed by the previous administration to extract information from captured terrorists,” the Arizona Republican said on the Senate floor. “I believe the American people have a right, indeed responsibility, to know what was done in their name, how these practices did or did not serve our interests, and how they comported with our most important values.”

McCain, who spent five-and-a-half years in a North Vietnamese prison during the Vietnam War and endured unspeakable torture, is virtually unassailable on the issue. His comments put him back in the maverick role, at least in relation to the chamber’s internal politics, that has long defined his congressional career.”