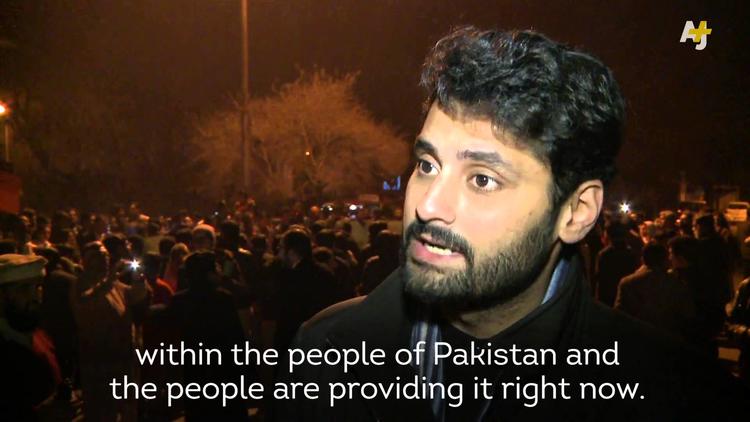 “Pakistanis are calling for the arrest of a Muslim cleric, Abdul Aziz, who refused to condemn the recent Pakistan Attack that led to 148 deaths. Some feel the Taliban school attack in Peshawar is a turning point in Pakistan’s complex relationship with extremist groups. There’s been an ongoing controversy both inside and outside of Pakistan about how much intelligence officials (the ISI) have used armed groups to further their political objectives. #ReclaimYourMosques #Arrestabdulaziz #peshawarattack”