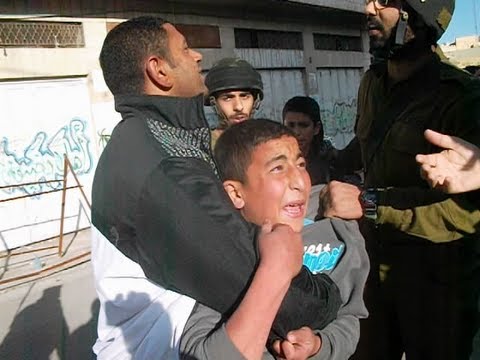 Majdi Abbasi of the Wadi Hilweh Information Center said in a statement that Obeida Ayesh, eight, was arrested in the Ein al-Lawza area of the neighborhood.

Obeida’s mother was allowed to accompany him, Abbasi said.

There were no clashes going on in the area at the time of the arrest, he added.

According to a 2013 report by the UN children’s fund, Israel is the only country in the world where children were systematically tried in military courts, practicing “cruel, inhuman and degrading treatment or punishment.”

Over the past decade, UNICEF noted that Israel has detained “an average of two children each day.”

Btselem from last year: “Arrest of Palestinian Children in Hebron”