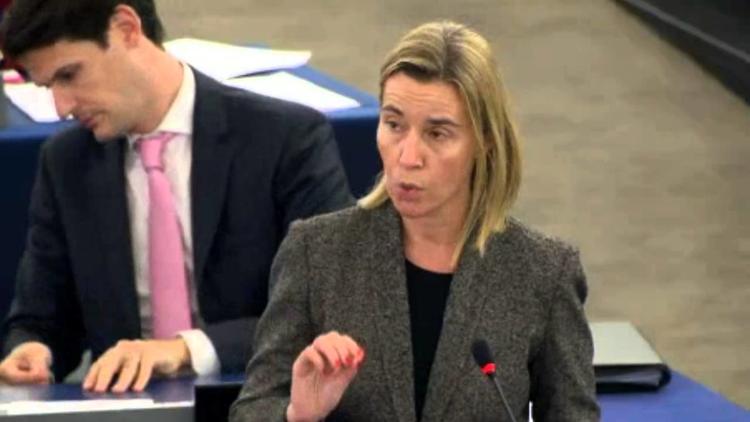 Ongoing impunity for serious crimes committed during the Israeli-Palestinian conflict has undermined the trust needed to bring about a durable, just peace. But a move by Palestine or Israel to join the International Criminal Court (ICC) could ensure access to international justice for victims of war crimes and crimes against humanity on both sides.

While Israel says that it does not intend to become a member of the Court, Palestinian authorities have promised but delayed action to join the ICC.  Indeed, though the ICC’s Chief Prosecutor has stated that Palestine could become a State Party to the ICC Statute,[1] the State of Palestine is under pressure from Israel, the United States, and other countries not to pursue the ICC’s jurisdiction.[2] The EU, a proponent of ending impunity in other cases (such as Sudan, Syria, DPRK, and Libya), has warned Palestine “to use constructively its UN status and not to undertake steps which would lead further away from a negotiated solution.”[3] In addition, leading EU member states, including the UK and France, have publicly opposed Palestine seeking access to the ICC.[4]

This is a misguided approach, which goes against the EU’s own interest in promoting an end to the conflict. Opposing ICC membership for Palestine nurtures impunity and undermines international justice. EU countries that pressure Palestine to forego access to the Court also violate their commitment as ICC members to support access to the ICC.[5]

Renowned international experts have spoken out in support of Palestine joining the ICC and against the EU’s position. Writing in the New York Times, former UN High Commissioner for Human Rights and Judge at the ICC Navi Pillay, said: “The best contribution the Europeans can make to peace […] would be to abandon their hypocrisy and encourage Palestine to accede to the ICC”.[6]

In the Independent, Sir Desmond de Silva, QC, former Chief Prosecutor in Sierra Leone, and Sir Geoffrey Nice, QC, former Prosecutor at the International Criminal Tribunal for the Former Yugoslavia (ICTY), argued that the “EU stance undermines its own interests and investments, as well as the hopes of lasting peace,”[7] while two expert commentators from the European Council for Foreign Relations challenge Europe to explain the “discrepancy between supporting international norms and opposing Palestinian moves to access the ICC.”[8]

International accountability should not be applied selectively. EU countries should refrain from any further pressure on Palestine to forgo access to the ICC, and support universal acceptance of the court's jurisdiction and work. Doing so would be in step with the EU’s publicly stated position on the importance of accountability for serious crimes under international law.

Busting the myths on PALestine Joining the ICC

Myth: Palestinian ICC membership will damage the peace process and make things worse on the ground.

Reality: The peace process is effectively stalled, making now a good time to revisit the ICC idea. The prospect of accountability for serious crimes could deter future atrocities by posing a credible, impartial threat of prosecution for grave abuses committed, including indiscriminate rocket attacks and illegal settlement expansion.

Myth: The Palestinians do not want to join to the ICC; there is no national support for the move.

Reality: All Palestinian parties, including Hamas, have agreed to support a move by President Abbas to join the court[9] and in December 2014 the PLO welcomed Palestine’s formal recognition as an observer state to the ICC.[10] However, Abbas is under significant pressure from Israel, the US, Canada, some EU states, and others not to press ahead with full membership. By lifting its opposition, Europe could create political space for Abbas to act.

Myth: Europe needs to choose between support for international justice and support for Israel. Backing ICC membership would be an attack on Israel and its right to defend itself.

Reality: The ICC would do nothing to prevent Israel from defending itself.  It would simply force Israel to defend itself in a way that respects international humanitarian law, as all forces are obligated to do. Advocating the impartial use of international justice mechanisms in Israel and Palestine is not about taking sides, but rather about upholding international norms, and ensuring all parties are held to account for serious international crimes and protected by international criminal law.

Myth: The ICC is not effective or credible enough to make a difference.

Reality: The ICC is not a panacea for the Israel-Palestine conflict, but the court could be an effective deterrent to the commission of war crimes by both sides. EU Member States are among the biggest financial contributors to the ICC and publicly support its global mandate. By seeking to make an exception in the case of Israel and Palestine, they undermine the ICC’s credibility.

Myth: By supporting Palestinian membership of the ICC, the EU will be marginalized in Middle East peace talks.

Reality: Removing its opposition to the ICC would make Europe more relevant to the peace talks, not less, by signalling that impunity will no longer be tolerated as a price for continuing negotiations. Giving in to demands for impunity just to keep peace talks on track will only encourage more abuse. The EU has always encouraged adherence to international humanitarian law in part because it helps to resolve conflict. Even when peace is elusive, access to justice is vital to preserve the rights of victims and affected communities.

Myth: The prospect of ICC investigations will not change the way Israel or Palestinian armed groups behave.

Reality: The potential for an ICC investigation could bring genuine accountability to bear on events. Israel has launched internal investigations into alleged violations by its armed forces in Gaza, but these steps have not led to real accountability. Meanwhile, neither the Palestinian unity government nor Hamas have undertaken any credible investigations into alleged war crimes. As Navi Pillay said recently, “Accountability and justice cannot be expected to be achieved through domestic proceedings. This is evident from the lack of adequate investigations by Israel and no attempt whatsoever made by the international community to implement the recommendations made by the Gaza fact-finding mission report."[11]

Reality: While there might well be some temporary disruption to the ability of EU diplomats and aid workers to operate in the West Bank (e.g. revoked permits and travel restrictions), ICC membership could give the EU and its member states a greater guarantee than they have at present that their aid money would not go to waste, by deterring future war crimes, including settlement expansion. As Palestine’s biggest aid donor, the EU keeps implementing aid projects in Palestine only to have them flattened by the recurring conflict and occupation policies linked to settlements.

HOW DOES IT WORK?
The ICC is the first independent, permanent court that can investigate and prosecute individuals for the most serious international crimes, namely genocide, crimes against humanity and war crimes. It was created by the Rome Statute, which entered into force on 1 July 2002. It only acts if a State cannot or is not willing to deal with these crimes at the national level. It can only investigate and prosecute crimes committed on the territory or by the nationals of states that have ratified the ICC Rome Statute, or that have otherwise accepted the jurisdiction of the ICC through an ad hoc declaration, or if a situation is referred to the Court Prosecutor by the UN Security Council. 122 States have joined the ICC.

EU Reporter: “Should Palestine be officially recognized as a state?”