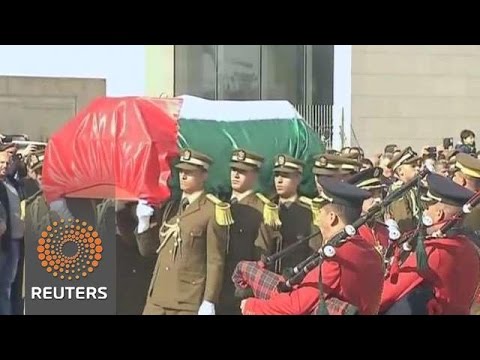 RAMALLAH (Ma’an) — Some 19 Palestinians were injured on Thursday during clashes with Israeli forces in al-Bireh following the funeral of Palestinian official Ziad Abu Ein, a Ma’an reporter said.

Clashes broke out in the Jabal al-Tawil area between Palestinian mourners and Israeli forces who were heavily deployed inside the nearby illegal Israeli settlement of Psagot.

Palestinians threw rocks and empty bottles at Israeli forces, who fired from inside the settlement.

Abu Ein died Wednesday after a confrontation with Israeli soldiers during a protest march against settlements by some 300 Palestinians who intended to plant olive trees as a symbolic act, an AFP photographer said.

Troops fired tear gas, three soldiers grabbed Abu Ein and he was struck in the chest during the confrontation. Videos circulating online showed the soldiers pushing Abu Ein firmly in the chest and neck.