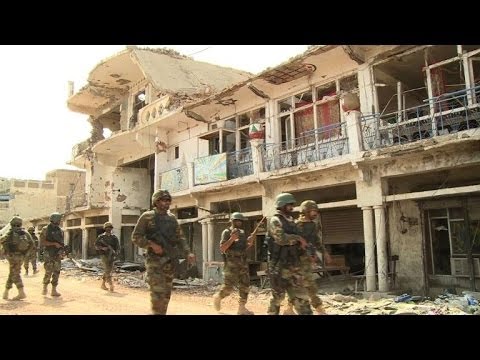 Pakistan politics has been mired in stagnation for some time now. In September of 2013, Pakistan undertook the first successful civilian hand-off of power in its entire history. Then-president Asaf Ali Zardari was succeeded by the government of Prime Minister Nawaz Sharif. Despite this milestone, Pakistan’s politics have been full of tumult ever since.

Small but significant political forces refused to accept the legitimacy of the victory of the Muslim League in the fall, 2013 parliamentary elections. What is odd is that on the whole it is not the previous ruling party, the Pakistan People’s Party, that charged electoral fraud but rather the Pakistan Tehrik-i Insaf (PTI or Pakistan Movement for Change) of former cricket star Imran Khan. Also disgruntled are elements on the Punjabi religious right, the neo-Sufi movement of Tahir Qadri. These two political tendencies have staged big rallies all over the country and in the capital of Islamabad demanding the resignation of Prime Minister Sharif, which is a little unlikely to happen. Meanwhile, some politicians and economists have complained that Imran Khan and Qadri are taking points off economic growth because of the turmoil they are fomenting.

Ironically, Nawaz Sharif himself set the precedent here, inasmuch as he led an effort to unseat President Zardari, with a long march from Lahore to Islamabad, and he gave speeches threatening revolution and pledging that Zardari would not serve out his five year term (he did).

So the first problem Pakistani politics has to resolve is losing elections gracefully. Al Gore probably actually won in 2000, but decided not to put the country through a highly divisive process by contesting Bush’s victory. Both Zardari and Sharif actually did win their elections in 2008 and 2013, but rivals refused to acknowledge it, undermining the legitimacy of the state. In a good sign, Imran is keeping politics out of his mourning for the dead children of Peshawar.

The military in Pakistan has been too interventionist in the country’s affairs. It was the branch of government that backed the Pakistani Taliban and the Haqqani Group terrorists. The officers believed that such paramilitary terrorist groups would protect Pakistan’s interests in Afghanistan and Kashmir.

For years now, there has been large-scale blow-back from Pakistani military’s unhealthy obsession with extra–judicial means of power, including backing the Taliban and the Haqqani group even when they hit US interests in the country. Since July, the military has been fighting its former allies among the Pakistani Taliban, producing profound resentments among the neo-Taliban.

The third problem is that the Federally Administered Tribal areas or FATA need to be made a province and integrated into the Pakistani state. The standard of living of people in Waziristan is extremely low. Maybe some of the investment of China in Pakistan could be slotted for FATA. This is an area where some 800,000 people have been displaced by the Pakistani military campaign against militants in North Waziristan. There are torture facilities and bomb-making workshops. These need to be rolled up and FATA needs to be developed.